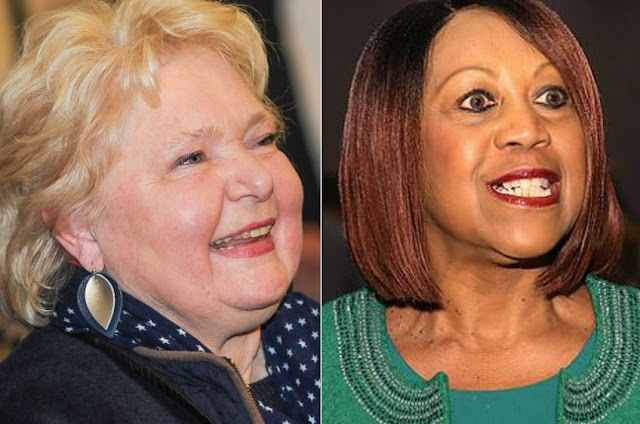 As a former television news anchor, Diane Allen is a TV pro. So it's no surprise that she was relaxed and convincing during the only New Jersey Lieutenant Governor Debate which was shown via video on social media tonight. The event was sponsored by Rider University, Project Ready and the New Jersey Globe.

To be fair, both Allen and Lieutenant Governor Sheila Oliver were poised and articulate during a session that was mostly calm and friendly. There were no knockout punches and therefore, it's safe to say that no one lost the debate. But did anyone win it? Well, let's just put it this way: Oliver had to play defense most of the night and that put her at a clear disadvantage. Again and again Oliver had to address questions about the Murphy Administration's actions (or lack thereof) on matters such as the Motor Vehicle Commission mess, nursing home COVID deaths, taxes, New Jersey Transit's problems, responses to recent storms, veterans affairs, the loss of an entire school year and abuses at the Edna Mahan prison. Often, Oliver blamed the previous Republican administration for problems that Murphy is facing nearly four years later.

And while the debate was devoid of any flashpoint moments and the candidates were respectful, Allen did get in a few good lines, such as when she cited Murphy's oft repeated admonition that "if taxes are your issue, we're probably not your state" by answering: "Well, taxes ARE my issue and this IS my state."

At one point when Oliver accused Allen of using language intended to be a "dog whistle" to conservatives, Allen dismissed the term as "overused and inappropriate" while directing attention back to the issue at hand -- in this case, the matter of drivers licenses for undocumented citizens, which both Allen and Oliver favored though Allen pointed out that such a move would have to be undertaken with care and certain restrictions.

Allen came across as deliberate and conciliatory. Oliver came across as a long time Trenton insider and party stalwart. Allen described herself as socially moderate and a fiscal conservative while Oliver pegged herself socially progressive and "fiscally responsible." Allen challenged the "responsible" part by citing Murphy administration tax increases and a a state budget that has "zoomed by $11 billion."

Taking a page from Murphy, Oliver tried to interject former President Trump into the debate but Allen turned that around by citing recent missteps by President Biden, particularly in Afghanistan. "I didn't vote for Joe Biden because I didn't think he was up to the job," Allen said. "And I think he's shown that on so many levels."

Allen argued that Murphy has simply not been able to act quickly and decisively to fix New Jersey's problems and suggested he simply may not have the temperament for the job. "I am concerned,"  she said "that this Governor is unable to handle confrontation. When people confront him on something, he's simply unable to act."