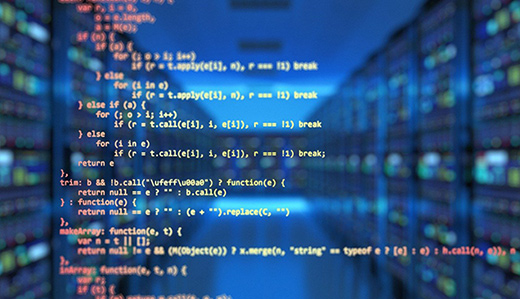 Sen. Tony Bucco said the Murphy administration’s Chief Technology Officer has confirmed that the modernization of New Jersey’s unemployment and motor vehicle computer systems are ‘top tier IT critical needs’ that must be addressed. (Pixabay)

“Despite Governor Murphy’s continued refusal to replace the State’s ancient computer systems, his administration’s Chief Technology Officer has confirmed that modernization programs are critical needs,” said Bucco (R-25). “It looks like Governor Murphy might be the only person left in New Jersey who thinks our broken unemployment and MVC systems are working just fine. He clearly hasn’t talked to the thousands of New Jerseyans who are going in circles on the unemployment website trying to get their claims approved, or to drivers who can’t schedule appointments online to get their licenses. We hear these complaints repeated by frustrated New Jerseyans every single day.”

The CTO’s comments about the State’s critical information technology (IT) needs came in a report he was required to issue pursuant to language in the current FY 2022 State Budget.

Further, the report confirms the projects can likely be paid for through existing federal pandemic relief funds.

Bucco said the CTO’s analysis supports the case for legislation he is drafting with Senator Kristin Corrado (R-40). Their new bill will dedicate $200 million to modernize the State’s unemployment systems using a portion of the $6 billion of American Rescue Plan relief funds that the Murphy administration has available.

The appropriation is for the amount the Commissioner of Labor has said is necessary for unemployment system upgrades.

“It’s beyond frustrating that Governor Murphy has steadfastly refused to do anything at all to replace our outdated unemployment and MVC computer systems, even when the federal government will pick up the tab,” said Bucco. “At some point soon, this work must be done, as the State’s CTO has indicated. If we don’t act now when federal dollars are available, New Jersey taxpayers will be stuck paying for it later.”

Since the start of the pandemic, Bucco has offered solutions to shorten lines and improve service at the MVC and worked to help thousands of constituents to navigate the governor’s broken unemployment system and get the benefits they were owed.

He penned an NJ.com editorial in February detailing the need for the total overhaul of the agencies’ computer systems that are the source of many of the problems experienced by his constituents.

When questioned by the press, Governor Murphy has continued to insist that modernizing the State’s broken and archaic IT infrastructure would be a “waste” of money and amount to “throwing good money after bad.”