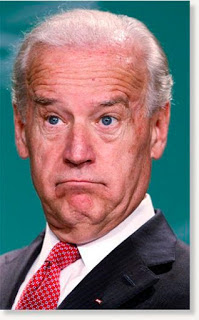 Early signs point to a dramatic reversal as Joe Biden nears a decision not to seek the presidency in 2020.

In fact, sources say Biden has been so unsettled over the recent allegation that he inappropriately touched Democrat Lucy Flores and the responses those allegations have triggered that he's grown disenchanted with the idea of launching a 2020 campaign. And now a second woman has come forward!

"He's seriously jarred by all this," one person commented. "He my be beginning to feel that time has passed him by; that he's just out of touch with the current political climate in his own party. He simply doesn't understand it all."

The allegations highlight a long known aspect of Biden’s persona that has been obvious for years: the many affectionate whispers, hugs, embraces, shoulder squeezes and touches he has long doled out to women, often on camera and at various public events.

Many in the Democrat Party are said to be relieved that Biden is moving away from a 2020 campaign. "The man is from another era," one high-ranked Democrat who asked not to be quoted observed "In today's climate, even a few months can translate into light years. Donald Trump changed the equation -- changed all the rules for running for president. Now, anybody can run and candidates are cropping up everywhere. Joe Biden's well of experience counts for nothing in this environment -- in fact, it's now almost a liability."

Biden is said to have made his decision after close consultation with family, friends and long-time associates. It seems he just doesn't want to put himself through the sort of microscopic examination that all this would take.

In fact, the former vice president was reportedly thrown off course by the whole #metoo movement and its repercussions. Biden, a lawyer and former chair of the Senate Judiciary Committee apparently found the whole thing to be at odds with the entire concept of innocent until proven guilty.