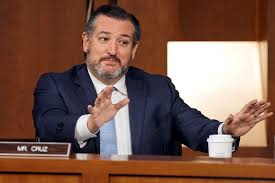 Nearly a quarter of Senate Republicans are officially preparing to challenge Joe Biden’s Electoral College vote total on Jan. 6. This is a stunning development and this list appears to be growing!

The movement is led by Sen. Ted Cruz (R-Texas), who circulated the idea among Senate Republicans of voting against certification of the election unless there’s an election audit. Cruz found early support from Senator Josh Hawley (R-MO) who issued a well-reasoned, convincing statement on the matter.