The Aftermath: A Nation In Deconstruct? 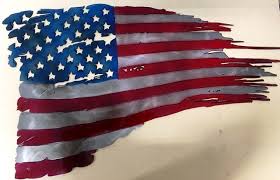 When we posted a prayer to St. Michael here early yesterday, we had no idea what was about to unfold.

By the end of the day, chaos ensued in our nation's capital. Mayhem and a tumultuous serious of events upending a democratic process resulted in the shooting death (apparently at the hands of capitol police) of at least one unarmed person -- a young woman, a US Air Force veteran. Unspeakable as it was, that was only part of the horror.

Should we not have seen this coming?

We'll, think about it. Over the past year, we've witnessed the ravaging of our major cities as lawlessness ensued and rioters rampaged through the streets destroying property, setting cars on fire, assaulting police, freely looting, burning down buildings, terrorizing residents, and even holding at least one federal building hostage while also overtaking a whole neighborhood. And all of this happened while police were mostly told to stand down. The lawlessness unfolded largely without consequences. Let's repeat that: without consequences!

It was all right there for us to see. But we were told to be more understanding, to effectively give the lawbreakers a pass, to let them vent their anger, to let it ride, even to empathize with them. Few, if any, public officials denounced what was happening in the tones that would normally be expected. And the media, academia and the glitterati of the popular culture joined in the chorus of those who preached passivity in the face of wanton lawbreaking. Even corporate America joined the call!

Justified insurrection? Or was it systemic anarchy?

Whatever it was, in many ways, the die was cast.

Now, the chorus is speaking in sonorous tones. And there's enough self-righteousness to make even the likes of Elmer Gantry blush. But be sure of this: all the finger-pointing in the world simply proves that the blame lies everywhere. Today, virtually no one in a responsible position (and no institution, for that matter) stands exempt from blame. We did it to ourselves, America -- to ourselves!

This is more than tragic. It's atrocious!

And the damage is real. What's more, there's not a leader on the horizon who seems  able to bring us together -- no one who now seems up to the mighty job at hand. In fact, what we're being offered seems increasingly frail and feeble.

So, since we did this to ourselves and since there's no great unifier to lead us back to orderliness, decency and sensibility, the journey home -- the journey to understanding, neighborliness and lawfulness --  will have to start with each and every one of us beginning now.

We did it to ourselves. We'll have to correct it ourselves. It'll have to start that way, from the bottom up. And maybe that's the only way that government "leaders" (who have been at each other's throats for far too long) will get the message to get their act together. Along the way -- as we take the lead -- maybe tomorrow's leader will emerge. For now, we've got to do the heavy lifting and begin to turn the page of history -- of destiny, really.

It was Ronald Reagan (the last of The Greats) who said that government can never do for the American people what the people can do for themselves. It was also Reagan who said that if we were to fall, if we were to come undone, it would likely happen at our own hands and not at the hands of some foreign entity.

Our nation, our people, have been through worse -- far, far worse. And we've brought ourselves back, arguably stronger and more unified.

It won't be easy, it won't happen overnight. But, with an ample dose of common sense and renewed strength and structure, it can be done. We can do this, America!

Are you with me?