New Jersey state Senator Kristin Corrado today called on the Murphy Administration and Commissioner Robert Asaro-Angelo of the troubled New Jersey Department of Labor and Workforce Development to address systemic failings within the department after a scathing evaluation by University of Chicago researchers. 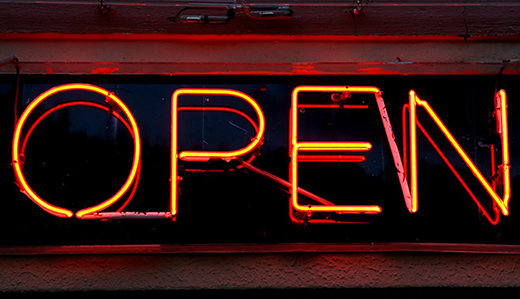 Sen. Kristin Corrado is calling for revisions at the Department of Labor, including re-opening Unemployment Offices for in-person service, after a study concluded NJ is the worst state in the nation for residents seeking unemployment assistance. (Pixabay)

In a comprehensive review of all 50 states, the team released a report Friday concluding that New Jersey is the worst state in the nation for residents seeking assistance with unemployment insurance and other programs.

“Unfortunately, I could have told them that without conducting the survey,” said Corrado (R-40). “New Jersey is the bottom of the barrel. It’s a disgrace, an embarrassment. Clearly the labor department’s priorities are coming up short, and New Jersey residents are suffering because of it.”

Researchers tested the response rates of each state, conducting a sampling of 2,000 calls for assistance. In New Jersey, less than 20 percent of those calls reached labor department representatives.

Every other state performed better, and researchers cited several states where more than 80 percent of calls were handled adequately.

“Those states have endured the same COVID-related hardships and challenges, but the results are dramatically different,” the Senator said.

“I have said it before: If the Department of Labor was a business, they would be out of business. This study proves what millions of people across New Jersey already knew. The department’s performance has been, and continues to be, abysmal,” continued Corrado.

“After almost a year and a half of sub-standard performance, it is time to re-evaluate procedures and do whatever is necessary to clean up the mess,” said Corrado.

Months ago, the Senator called on the Department of Labor and the Murphy administration to open unemployment offices for in-person sessions so unemployed workers can have their claims settled, and introduced legislation requiring the New Jersey’s walk-in unemployment offices, closed since the start of the pandemic, to reopen immediately.

“It’s an undeniable fact that New Jersey’s unemployment system continues to fail thousands of people who have been unable to resolve claims over the phone or through the website,” Corrado said in a release announcing the bill.

“Even with expanded call centers, people get stuck in an endless loop where they’re bounced around and nobody takes responsibility for resolving their claim. It’s a lot harder to do nothing when the person who needs help is sitting in a chair in front of you. That’s why we’ve been pushing so hard to force Governor Murphy to reopen government offices that serve the public.”

Now, as many residents have returned to work, unemployment fraud has become an unmanageable problem for the labor department.

“We have received hundreds of calls from constituents who remained on the job throughout the pandemic but discovered their identities had been hacked to place fraudulent claims,” Corrado said. “They are dismayed and angry when they learn they can’t call a number to report the fraud, and they will have to jump through hoops on the Department of Labor web site.

“New Jersey residents deserve better, and it is up to the Governor and the commissioner to figure out what other states are doing and make it happen here.”