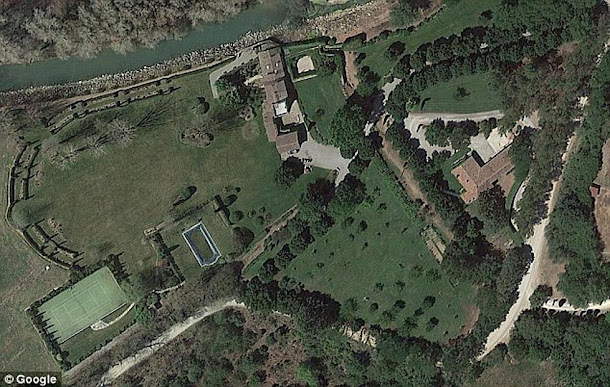 It's called La Dolce Vita (the sweet life).
It's a palatial estate in the hills just north of Rome in  Italy. Valued at $7.3 million it includes three houses, horse stables, a tennis court and pool. This is one of New Jersey Governor Phil Murphy's several homes (he's got another one in Germany) and it's where he's "resting" right now because, as he explains it, "having a few days together is something I think all of us want to do with family."
Of course, you and your family may take your summer days together at the Jersey shore, if Murphy allows businesses there to operate. But that's not for the Murphys. Oh, no!
So, while New Jersey worries about another possible surge in COVID cases, Phil Murphy and his family have jetted off to Italy. And this just as the U.S. State Department urges Americans to reconsider travel to that country. Yes, COVID transmission in Italy is classified by the CDC as "high" and the CDC adds: "Because of the current situation in Italy, all travelers may be at risk for getting and spreading COVID-19 variants." But why should the Murphy's be concerned about something like that when a sumptuous villa awaits?
Understand this, New Jersey: Phil Murphy doesn't care about you.
Born and raised in Massachusetts he attended posh Ivy League schools; made a fortune off of other people's money at a cushy Wall Street firm; cultivated the rich, famous, mighty and powerful; contributed millions to Democrat coffers (winning himself an ambassadorship under Obama) and then bought his way into New Jersey politics and started at the top in the Governor's office because, well -- what the hell; it's as good a job as any, right?
Phil Murphy is not Jersey. He doesn't know the first thing about Jersey. He'd sooner be in Positano than Piscataway. His a rich, arrogant interloper who's way more comfortable in Cologne, Germany than he'd be in Cologne, NJ -- if he could even find it!  New Jersey is just a place for him to hang out and wield power -- to play emperor and issue edicts from on high until something better comes along.
And, get this: While Phil Murphy is living the sweet life in Bella Italia, Jack Ciattarelli is attending an Italian festival and mingling with people just like you and I right here in his home state of New Jersey. The contrast couldn't be more stark. Jack was born and raised here. Yes, born in Somerville and raised in nearby Raritan, Jack graduated from Seton Hall and then went on to serve on the Raritan Borough Council, as a Somerset County commissioner and then in the New Jersey State Assembly. He and his wife, Melinda have raised their four kids here. The grandson of immigrants who settled in New Jersey, Jack has earned his way to this moment as a candidate for Governor of the Garden State.
New Jersey is unique. It's special. And it belongs to us!
It's time for New Jersey to have a Governor who's one of us; who understands us; who's lived our hopes and dreams and who's committed, not to himself but to service on behalf of the people of this great state.
Let's bring an end to the disastrous Murphy charade.
Vote for Jack Ciattarelli and Diane Allen!
Posted by Dan Cirucci at 8:27 PM