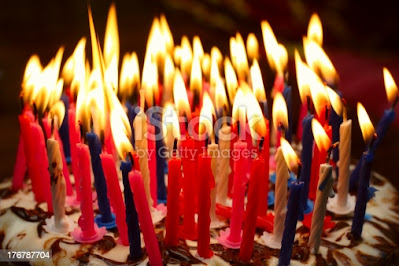 Hey, I've got a birthday coming up soon.

And it's occurred to me that I've lived through the JFK assassination, the Vietnam War, the fall of Saigon, racial riots, Nixon, the Pentagon Papers, Watergate, Nixon's resignation, the pardon of Nixon, rampant inflation, the energy crisis, gas lines, stagflation, the Iran hostage crisis, the collapse of the Carter administration, Reagan, the 1987 stock market crash, the Iran-Contra affair, the fall of the Soviet Union, the Gulf War, the White House travel scandal, Whitewater, Monica Lewinsky, the first and only impeachment of an elected president, the 2000 presidential election cliffhanger, September 11, the second Gulf War, Obamacare, Benghazi, the VA scandal, the Clinton e-mail imbroglio, Trump's triumph, the COVID pandemic, the murder of George Floyd and the riots that followed, the second and third impeachment of an elected president, the 2020 election, Biden, Harris, rampant inflation again, "Help Wanted" signs everywhere, huge government handouts and creeping socialism. I'm sure I haven't included everything but that's more than enough.

And I haven't even touched upon the Walkman, cassettes, CDs, VCRs, iPads, iPhones, laptops, the Internet, social media, flat screen TVs, electric cars and so much more.

If I had to pick three seminal events that stand out they would be the Kennedy assassination, which occurred at such an impressionable age for me, the Vietnam war, which deeply impacted every member of my generation and September 11. For me, the pandemic and nearly everything else pales by comparison to these mammoth events.

I've been though 13 presidents, seven popes and more decades than I care to mention. I've witnessed so much that at this point I sometimes doubt anything would shock or even surprise me. And yet, we never know what tomorrow will bring.

So, as long as I'm able to, I'll be here to continue to witness it all and share my observations with you. And I hope you'll be here to join me every day. Avanti!