Today's Women Could Learn From THIS Woman! 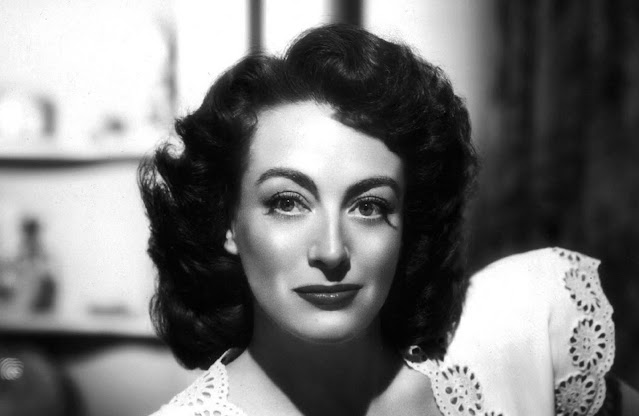 It's hard to believe that many people today don't even know who Joan Crawford was. Indeed, the mention of her name is likely to pose a somewhat quizzical look. Those who don't remember Joan Crawford or haven't bothered to find out about her can only be considered deprived.

Thank goodness, I remember her and I miss her

A movie icon and Academy Award winner, Joan Crawford was part of  Hollywood's glittering Golden Age. For decades her name above the title of a movie guaranteed box office success. In her many inimitable roles she depicted strong, determined, self-made, accomplished women.

Joan Crawford was never unaware of her responsibility as a star and she conducted herself accordingly. Though she never hesitated to speak her mind, she likely would have been horrified at the "stars" of today, the era of political correctness and the "me-too." movement.

That's because this great star didn't so much lecture about a way of life as she lived it.

Joan Crawford went toe-to-toe with Hollywood's supposed he-men, stared down the most belligerent bullies, captivated guys half her age, negotiated her own deals with movie moguls and even sent fear into the hearts of the men in Pepsi-Cola's boardroom when she took her late husband's position at the board table. She was part of a generation of female stars who lived life their way, rarely seeking help from others -- men or women. And when it came to relations with the opposite sex, Joan Crawford made her own rules and set her own boundaries. She was impassioned, savvy, street-smart and every inch a woman.

Some of the others who exemplified the Crawford ethos were Barbara Stanwyck, Bette Davis, Marlene Dietrich, Olivia de Havilland and, of course, Katherine Hepburn. These were women who could often banish an unwanted advance with little more than a steadfast glare. Which is to say, one did not trifle with these women.

Doubtless, today's women could learn a lot from them -- if they cared (or dared) to find out.