“The brief press release issued by the Steinhardt campaign today is a cheap imitation of the  detailed plan put forward by Jack Ciattarelli in August. Where was Steinhardt on this issue as State Party Chairman all last year? Today’s Steinhardt press release fails to include, by the way, even key election security measures like Voter ID! We need more than a poorly plagiarized press release. We need a serious plan, which is exactly what Jack Ciattarelli has offered and is expanding on today.” said Ciattarelli Campaign Manager Eric Arpert. 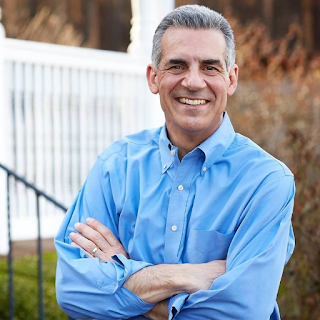 With large swaths of the electorate having lost confidence in our voting system amid  accusations of fraud and malfeasance from leaders in both parties , MBA/CPA and two-time successful small business owner Jack Ciattarelli once again called on Governor Murphy and legislators in Trenton to pass bipartisan voter reform before next year’s pivotal state, county, and local elections.
Ciattarelli urged Murphy and legislators in both parties to look beyond partisan politics and help to heal the country by restoring faith in our voting system.
“President-elect Biden is going to be inaugurated just over a week from now, and he will inherit a very divided and weary country,” said Ciattarelli.  “A peaceful transition of power is of critical importance to the future stability of our democracy, but so is our citizenry having faith and trust in our election system.  Right now, whether some people like it nor, that is not the case.  Therefore, it is incumbent upon true leaders in both parties to recognize that and do something about it.”
While embracing expanded access to voting, Ciattarelli  repeated his criticism of Governor Murphy’s decision to mandate an all-vote by mail election last year without proper planning.
“Under Murphy’s leadership on elections, we had issues ofvoters receiving duplicate ballots, current homeowners receiving ballots addressed to the previous homeowner; and ballots addressed to dead people were an embarrassment for our state and it cannot be repeated,” said Ciattarelli. As we institute “early voting” by machine, we need to fix these other issues so  voters can feel confidence that their vote – and the votes of their neighbors – are legal and secure, and that the results of the election are valid.”
Jack Ciattarelli’s Plan to Restore Faith in Our Election System
1.      Requiring photo identification from all voters at the polls before they cast their vote. To remove any concern about the availability for of photo identification among for those who don’t drive, the state should make an official photo ID available to all residents who want one at no cost to the individual. For voters who choose to vote by mail, they would need to certify their identify to elections officials in advance of receiving a mail-in ballot.
2.      Modernizing our elections by joining 14 others states in requiring paper ballots through the use of optical scan voting machines for tabulation of results, as well as providing ballot marking devices for voters with disabilities.  The fact that New Jersey’s 21 counties don’t have uniformity security and accessibility in terms of the voting machines they use is unacceptable.
3.      Regularly removing inactive voters from the voter rolls. Instead of waiting at least two consecutive federal elections to pass before a voter is considered inactive, we should recognize as inactive anyone who hasn’t voted in four consecutive years. People can be notified by mail of the pending removal. If they want to remain on the rolls, they would be required to simply inform County election officials.
4.      Working in concert with our county election officials to pass a legislative solution allowing for early in-person voting on machines prior to Election Day, to ease potential lines at polling places and expand access to citizens across the state who for one reason or another may not be able make it to the polls on Election Day, but would prefer not to cast their ballot via the mail.
“This should really not be a partisan issue,” said Ciattarelli.  “Through reforms like these, we could make voting more accessible, safer, and less costly than it was in 2020 – a win, win, win for all involved. Most of call, it will aid in healing our country in the wake of a most difficult year.”
Posted by Dan Cirucci at 3:28 PM