Was This REALY Something To 'Joke' About? 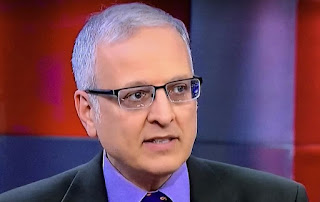 From Save Jersey, reprinted with permission:

One of the country’s most widely-cited public pollsters showed his dark side – or at least his dark sense of humor – on Twitter on Wednesday as Republican members of Congress objected to the certification of presidential electors on Capitol Hill.

“How many people want to break the fingers of every Congress member who just applauded” tweeted Patrick Murray,director of the Monmouth University Polling Institute – which has an A+ rating from the 538 blog – and a frequent guest on national news programs.

Murray later responded “glad someone else said it” when a follower added “and punch [Senator] Ted Cruz in the face.”

A regular commentator on New Jersey and national politics, Murray is well known for his partisan tweeting.

“Just look at Patrick Murray and his tweets,” then-Governor Chris Christie complained back in July 2015. “There couldn’t be a less objective pollster about Chris Christie in America. The guy’s an advocate. He’s a liberal advocate.” 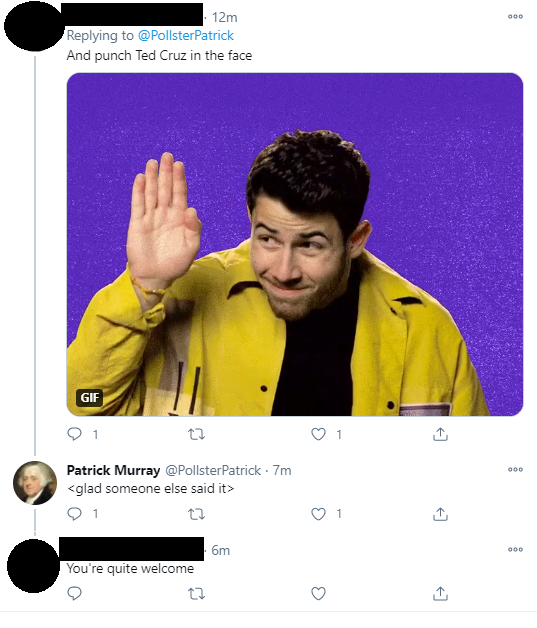