Senator Michael Testa and Senator Joe Pennacchio have introduced legislation that would prevent critical race theory (CRT) from being taught in New Jersey public schools. The bill would also prohibit public schools teachers from engaging in political, ideological, or religious advocacy in their classrooms. 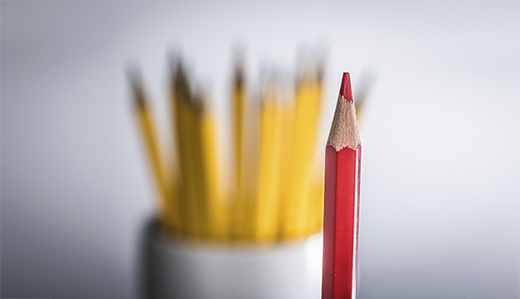 “Critical race theory is a thinly-veiled effort to legitimize discrimination under the guise of an intellectual social theory,” said Testa (R-1). “Our legislation ensures that New Jersey’s public schools will not teach students that it’s okay to judge others or themselves or to treat people differently based on broad stereotypes that some inappropriately ascribe to an entire race or gender. We believe every person deserves to be treated as an individual.”

The legislation, S-4166, prohibits a school district from teaching critical race theory as part of a curriculum, course of instruction, or through supplemental instructional materials that promote concepts related to CRT.

For the purposes of the bill, “critical race theory” includes, but is not limited to, the following concepts:

A more expansive list of covered CRT-related concepts is included within the legislation.

“Every student should be empowered through lessons emphasizing the opportunity they have to succeed through their own hard work, individual merit, and the personal character they demonstrate to others,” said Pennacchio (R-26). “That’s wholly incompatible with critical race theory, which would indoctrinate students with the limiting belief that people are inherently privileged, oppressive, racist, sexist, or morally deficient due to little more than the circumstances of their birth.”

The bill does not prohibit the impartial discussion of controversial aspects of history or discussion of the historical oppression of a particular group of people. It also doesn’t prevent teaching about an ethnic group or historical documents.

A school district that knowingly violates the CRT provisions of the legislation could have its State school aid withheld until it is no longer in violation.

“Too often, we’ve heard of teachers using their authority within the classroom to present their own beliefs on controversial issues as fact and to silence or punish students who dare disagree,” said Testa. “Our legislation prohibits teachers from pushing their political viewpoints in the classroom. They must be impartial and teach different perspectives when discussing controversial topics, and they should not delve into those topics if they’re not relevant to the subject matter of the course.”

For that purpose, the legislation requires the State Board of Education to adopt rules and regulations prohibiting public school teachers from engaging in political, ideological, or religious advocacy in the classroom.

The State board would be required to adopt rules and regulations requiring teachers to provide students with materials supporting both sides of a controversial issue being addressed to present both sides in a fair-minded and nonpartisan manner.

The bill also requires the State board to adopt clear guidelines for enforcement and provide penalties for violations up to and including termination of employment.

“Public school teachers have an obligation to help students learn the fundamental skills and knowledge they’ll need to be successful throughout life,” added Pennacchio. “In many classrooms, however, we’ve heard of teachers engaging in political advocacy and pushing partisan ideologies when they should have been teaching math, science, history, and literacy. Our legislation will prevent unnecessary and inappropriate distractions that steal from instruction time. Ensuring that classroom discussions remain focused on core topics will be good for students.”