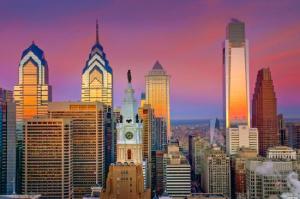 From our friends at Save Jersey:
By Matt Rooney | The Save Jersey Blog

Chris Christie will have a vocal detractor nipping at his heels should he win the GOP nomination and play for Eastern Pennsylvania, Save Jerseyans: Jim Kenney.

Kenney, a favorite of Big Labor, easily beat his closest challenger State Senator Anthony Williams by a 2-to-1 margin. The Democrat primary is the real game in Philly, a city where unions rule and Democrats outnumber Republicans by a 7-to-1 margin.

The Christie connection: he savaged the Governor on Twitter back in March over… the Eagles. After their acquisition of DiMarco Murray. What else?

And Bridgegate: “.@DeMarcoMurray, welcome to Philadelphia — hope you get across the Ben Franklin bridge before@GovChristie tries to close it!”

“Chris Christie is sitting on his very fat ass next to Jerry Jones in his box at the Linc,” the reliably colorful Kenney added. “You suck! Kissing Texas ass for 2016! Awful!”

Is it any wonder why that city has a reputation? And you thought the Guv was a little too brash… so much for brotherly love…
Posted by Dan Cirucci at 3:25 PM