An Important Message From Jack Ciattarelli 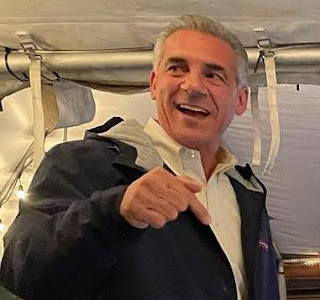 Republican Jack Ciattarelli’s campaign released an update of the ongoing ballot counting, as well as a statement today regarding the 2021 gubernatorial election in New Jersey. Here’s what we know:
“Waiting an additional day or two for all votes to be counted should not be controversial,” said Ciattarelli legal counsel Mark Sheridan. “Let me be clear, no one on this team is alleging fraud or malfeasance, as we have not seen any credible evidence of that. However, the new law Governor Murphy and state Democrats rushed to enact led to this disjointed and excruciatingly slow vote counting process. We still have vote-by-mail ballots outstanding and approximately 70,000 provisional ballots to be counted. At this time, we do not expect the provisional vote count to end with Jack Ciattarelli in the lead. However, that count may reduce the margin for Governor Murphy enough to warrant a full recount. We will make the decision to pursue a recount based on all of the facts, which includes that this is the first time New Jersey is conducting an election under the new law, using new technology and vote counting procedures.”
“We understand that Governor Murphy and his team are embarrassed that in a state with 1 million more registered Democrats and where Joe Biden won by 16 points, they are leading by such a small margin,” said Ciattarelli strategist Chris Russell, who also pointed to last week’s down ballot disaster being blamed on Murphy’s poor performance. “But the Murphy campaign’s attempt to spin their lackluster performance will have no impact on our decision.”
Posted by Dan Cirucci at 6:31 PM