It's True, Politics Will Break Your Heart 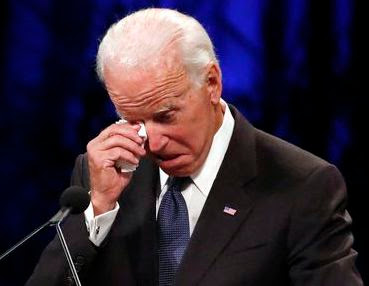 Politics is a tough business. It's not for the faint of heart.

I learned this early on hanging around the polls on election day with my dad who was a foot soldier for the political organization that ruled our town with an iron fist. I saw people rise and fall with the click of a lever on the voting machine. I watched powerful big shots become nobodies virtually overnight. And my dad always preached: "Be nice to those you meet on the way up because you're gonna need 'em when you come crashin' down some day." Of course, that presupposed that all those "little" people would still be nice to you or even remember you after you were no longer important and influential. Remember what Harry Truman said about the most political city in the world: "If you want a friend in Washington, get a dog."

Yes, I watched politics make grown men cry. I sat stunned when Ed Muskie cried in the snow in New Hampshire during his presidential campaign in response to a scurrilous attack from his opponents. Muskie's campaign never recovered. He went from being a frontrunner to an also ran practically overnight. Years later I worked for a candidate who was locked in a tight race that was headed for a photo finish. On election night the lead see-sawed back and forth. But then the other side began to pull away and we had to prepare our candidate to face the numbers and deliver the news to his supporters. He broke down and cried. He was spent. He had no more to give. But he had to throw back his shoulders, put a smile on his face, go out there, thank the people who busted their keisters for him and encourage them not to lose hope. In short, he had to perform.

And I suppose that's what attracted me to politics in the first place. Oh, no -- not the crying and the sorrow and the losses. Not that. I'm talking about the performance -- the real-life human drama of it all. Politics is theater. It's a big show that happens spontaneously right before your eyes with laughter, tears and everything in between. Sometimes you want to turn away from it but you can't because you never really know what's gonna happen next -- which hero may become a villain; which scoundrel may skate and which will perish; which champ may be KO'd and which palooka may be crowned a prince. And if you've invested in the battle and you've got skin in the game, you get to be an intimate part of it which means some of the blood, sweat and grime may actually come your way.

Theatrical? Yes. But this drama has real consequences. It ain't no game. Because, in the end, who wins gets to determine how people live their lives -- and maybe even whether they live those lives at all. If you don't believe this you haven't paid much attention these past 20 months. In politics, the stakes really are that high, the issues actually are that important and the people we elect really are that powerful. So, in the end, maybe that's the best reason to get involved and stay involved.

And by stay involved I mean learning to roll with the punches and come back for more so that while you may cry today, you'll live to fight -- and prevail -- tomorrow.