Beware The Dreary Era Of 'I Just Work Here'

It happened this morning when we were listening to a spokesperson for the Democratic National Committee trying to explain away the DNC's e-mail scandal with its subsequent embarrassments and the resignation of Debbie Wasserman Schultz.

He dodged and weaved, he hemmed and hawed, he pivoted endlessly and repeated many of his well-memorized talking points.
He tried to joke and chuckle a bit to lighten the atmosphere but there were still a few astute reporters in the crowd who would not relent.
Finally, he simply declared in frustration: "I just work here."
And that was the moment. The moment of truth.
That all too familiar instant that we call the "I just work here" moment.

If you want to know what's wrong with politics today, you need to remember that moment.
Because politics and political organizations are now inhabited by people who "just work here." Many of them are young. Many are largely clueless. Many are simply skilled in one particular specialty of modern day campaigning, such as polling, digital platforms, messaging, whatever.
But, here's the thing: That don't really believe in anything. They seem to have no core beliefs or grounding principles. All too often, it appears as if they could be working for any candidate in any campaign anywhere. And many of them do.

They are hired hands. They are functionaries. They may be interchangeable parts. But they are not necessarily there for the candidate, for a cause, for some purpose or (perish the thought!) for some greater good. They wouldn't know from that. Far too many of them don't even know why they are there. Their lives seem so transitory, so in flux, so aimless that nothing really matters -- well, nothing except maybe the moment, or someone they may meet in the moment and quickly hook up with (and then just as quickly discard) or the beers, and maybe drugs and insufferably loud "music" that will pass for solace at the end of the day. They've become a new nihilistic tribe of takers who pose as policy wonks, technicians, schedulers, handlers, poll number crunchers, talking heads, and quick-change artists.

It's sad that our "leaders" have apparently turned themselves over to this dreary, soulless lot. To call these hollow lackeys "numb" would be a compliment. Most of them don't even realize how insulting and patronizing their mere presence is. After all, they can't be blamed for anything. Don't you know? They're just doing their jobs. And even if they could recognize the malice and damage they bring in their wake, they wouldn't understand its all-pervasive implications.

These sycophants are now everywhere. They inhabit whole buildings wherever you find government, such as it is. They're an industry in Washington. They've pretty much taken over Capitol Hill but you'll also find them near government agencies throughout the country, in state capitals, even surrounding local courthouses and other entities. You'll also find them wherever you'll find media of any sort as they are often symbiotic with what passes for journalism nowadays. And, above all, they inhabit the staffs of the two major political parties. That is their natural, parasitic home.

The emergence of this new servile class which exists solely for the benefit of the establishment and its court, has contributed to the immense alienation of the people from their government. Indeed, these vacuous apologists have helped to bring about the sense of anger and frustration that people now feel. Voters know that they have been patronized, deceived, manipulated and effectively locked out. And the attendant cynicism in the land is epidemic. With the wisdom of one who knows the earlier, deeper meaning of "public service" and it's true calling, Peggy Noonan recently touched upon this in a brilliant column when she observed: 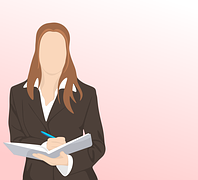 "Anything that increases public cynicism in America is, at this point, a very particular and damaging sin. It spreads an air of social defeatism. It saps the civic will. It makes earnest and trusting people feel like dopes and dupes. It makes trusting parents look clueless to their children.
"Cynicism is also a virus. Once everyone knows nothing is on the square, as they used to say, they too become more corrupt just to maintain their position.
"Cynicism doesn’t just make everything worse; it creates a new kind of bad. It kills, for instance, the idea of merit. You don’t rise through talent and effort; you rise through lies, connections, silence, the rules of the gang. That gives the young an unearned bitterness. That is a terrible thing for adults to do, to deprive the young of the idealism that helps them rise cleanly and with point."

Is there a more cynical, calculating, powerful  politician in America today than Hillary Rodham Clinton?

Hillary Clinton is said to have more than 900 paid staffers now working in her campaign. She will spend a billion dollars and her operation is apparently run like a corporation. And like a large, uncaring corporation this "company" will sell you its product -- not a tangible product, but a set of ideas to maintain the establishment and continue the status quo. Had Jeb Bush or any one of a number of other GOP candidates captured their party's nomination, their organization/corporation would have been much the same -- big, rich, soulless, faceless. That's what it's come to. That's how bad it is. It's sort of like choosing between Coke and Pepsi.

Is it any wonder then that people have rebelled? That they've risen up like a great army? That they felt the Bern or that they want to "make America great again?" You're not surprised, are you?

What was surprising was that someone actually came along and dared to give voice to what ordinary people knew; what they were thinking; what they were saying; what they were telling one another. With a refreshing disdain for the elites and their empty-suit minions, Donald Trump basically told the establishment to eff off. How did he get to this point? How did he do it? Well, he seems to be a shrewd businessman with a very keen BS detector. He knows mediocrity when he sees it. He doesn't want "I just work here" people on his staff. Apparently, he doesn't want them anywhere near him. That does not seem to be the way he built his business. That does not seem to be the way he operates.

And he's been there, he's done that. After all, Trump said this in his acceptance speech: "Nobody knows the system better than me, which is why I alone can fix it. I have seen firsthand how the system is rigged against our citizens." And Trump nailed it again when he said this: "America is a nation of believers, dreamers, and strivers that is being led by a group of censors, critics, and cynics."

Understand, we hardly view Donald J. Trump as a panacea. He's a flawed candidate -- at best, a diamond-in-the-rough. But he seems aptly suited to the times -- times that make him our only viable hope.

Above all, Trump's not clinical. He doesn't determine what to say or do according to polls. He's resistant to handlers and suspicious of pre-prepared talking points and those who manufacture them. He never met a teleprompter he could cozy up to. He's rightly skeptical (if not disdainful) of the media. And he often seems to take his cue from ordinary people -- the ones he calls "the forgotten Americans."

Let's hope there are still enough of us to make a difference!
Posted by Dan Cirucci at 4:45 PM