It Can Only Be Considered A Giant Win - BRAVO!

Look.
Listen.
Pay attention.
THIS is how a president acts. THIS is how a real leader leads!
Posted by Dan Cirucci at 8:00 PM No comments:

Well, This Certainly Does Make Us Feel Safer . . .

“It’s incomprehensible that people who were prohibited from driving a car due to DUI-related issues were allowed to continue driving trains with hundreds of passengers,” said Beck. “I’m glad that the Legislature and Governor Christie were able to act so quickly to fix this outrageous loophole in state law.”

S-20 was introduced on May 26 following an investigative report by WABC on a New Jersey Transit engineer who was permitted under state law to continue driving commuter trains despite having lost his motor vehicle driver’s for ten years for alcohol related issues, the latest in a string of such suspensions.

The measure, sponsored with Senate President Stephen Sweeney, moved through the entire legislative process in just over a month, and was sent to the Governor’s desk on June 27.

“The speed with which the Legislature acted to fast-track this bill is a sign of how important it is,” Beck added. “The nearly 400,000 people who board NJ Transit trains on an average weekday expect and deserve a safe ride.”

Under the newly enacted law, any person whose driver’s license is suspended or revoked for a DUI, or for refusing to take a breathalyzer test, in New Jersey or any other state, would be barred from operating NJ Transit trains or light rail cars.

“Another day, another ethics scandal for Katie McGinty. While serving as the Secretary of Pennsylvania’s Department of Environmental Protection, emails show that Katie McGinty used taxpayer dollars to bankroll her trips to job interviews across the country. It’s becoming increasingly clear that Katie McGinty is very comfortable using government resources to fund her trips through the revolving door between the public and private sector. Katie McGinty owes Pennsylvanians an explanation as to why she thought it was okay to use taxpayer dollars to hunt for private-sector paydays.” – PA GOP Communications Director Megan Sweeney

Excerpts from the article:

Katie McGinty used a taxpayer-funded trip to California to meet with a green energy company that she believed could put her on its board of directors once she entered the private sector, according to email records from McGinty’s tenure as secretary of Pennsylvania’s Department of Environmental Protection.

McGinty, the Democratic candidate for Senate in Pennsylvania, has taken heat for her quick transition from the public sector to lucrative positions at top energy companies. The emails show that McGinty spoke openly about life after government during her final months on the job—including to her former boss, Al Gore.

In a 2008 email to the former vice president, who first hired McGinty to work in his Senate office and then brought her along to the White House, McGinty tried to obtain information about new solar technology that she hoped could help her potential future employers.

“Can’t sleep,” began McGinty’s 3:36 a.m. email to Gore, who was running green energy investments for the venture capital firm Kleiner Perkins Caufield & Byers. “I am back to thinking about csp [concentrated solar power].” McGinty was concerned about the “microclimate impact,” “bird impact,” and regulatory challenges of the energy generation method.

McGinty added that she hoped to be put on the board of energy companies, and planned to give them a competitive advantage over other firms by sharing her concerns about concentrated solar power . . .
Posted by Dan Cirucci at 4:52 PM No comments:

You Won't Believe The Size Of It! 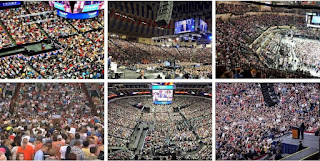 More than 10,000 turned out to fill a huge arena to here Donald Trump in Washington state last night and many, many more had to be turned away as the facility was at capacity.
Trump contuses to attract immense crowds everywhere he goes.
Posted by Dan Cirucci at 3:33 PM No comments:

OK, So Here's The Truth Behind The Uproar! 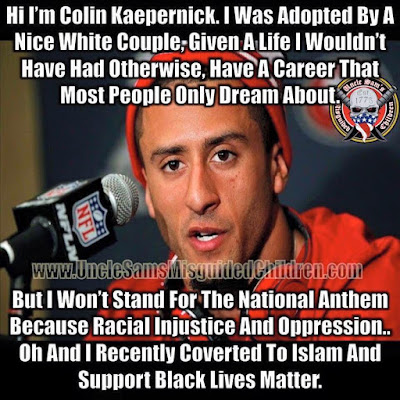 A Blessed Milestone For This Great Group!

The Office for Consecrated Life of the Archdiocese of Philadelphia is pleased to announce this year’s Annual Religious Jubilarian Mass honoring religious priests, sisters, and brothers celebrating milestone anniversaries of 25 years or more.

Archbishop Charles J. Chaput, O.F.M. Cap. will be the main celebrant.
Sunday, September 11, 2016
11:00 a.m.
Cathedral Basilica of Saints Peter and Paul
18th Street and the Benjamin Franklin Parkway
Philadelphia, PA 19103
Of this year’s 250 jubilarians, 214 sisters, 28 order priests and 8 religious brothers represent a combined 15,015 years of consecrated life. Approximately 75 of those jubilarians will be present at the celebration with their families. Included in this year’s honorees are more than 60 religious men and women who have served 70 years or more and two jubilarians who have served 80 years.
Posted by Dan Cirucci at 9:55 AM No comments:

WOW! Have You Seen These Yet? Have You? 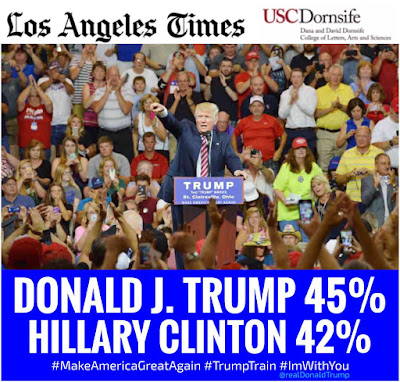 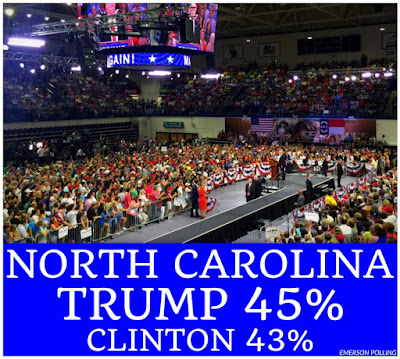 Posted by Dan Cirucci at 8:41 AM No comments:

You Tell Us: Does This Look Normal To You? 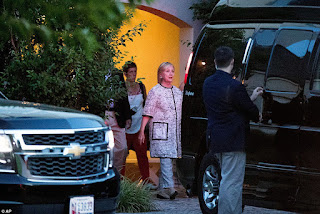 Sick Hillary Clinton struggles to get out of a van, nearly falls again

Posted by Dan Cirucci at 8:31 AM No comments:

What they are saying:

Mel Brooks
✔@MelBrooks
Gene Wilder-One of the truly great talents of our time. He blessed every film we did with his magic & he blessed me with his friendship.

Steve Martin
✔@SteveMartinToGo
Goodbye, Gene Wilder. You were one of the great screen comedians. Original and surprising every time. 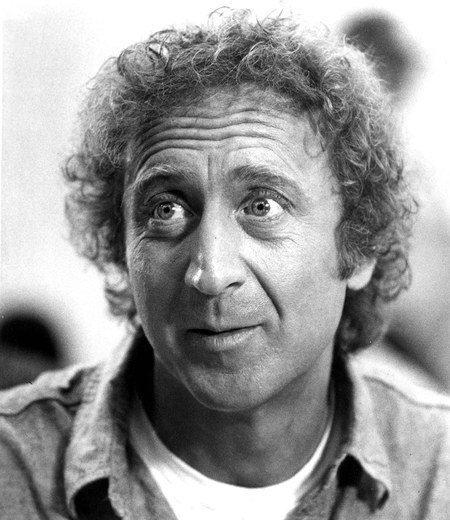 carl reiner
✔@carlreiner
#GeneWilder Au revoir to a gifted actor whose films I suggest you re-visit if you want to be thoroughly entertained. 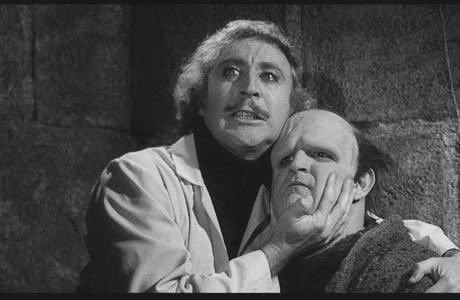 Billy Crystal
✔@BillyCrystal
Gene Wilder was a giant of comedy. His legacy of films is inspiring. A true genius.. 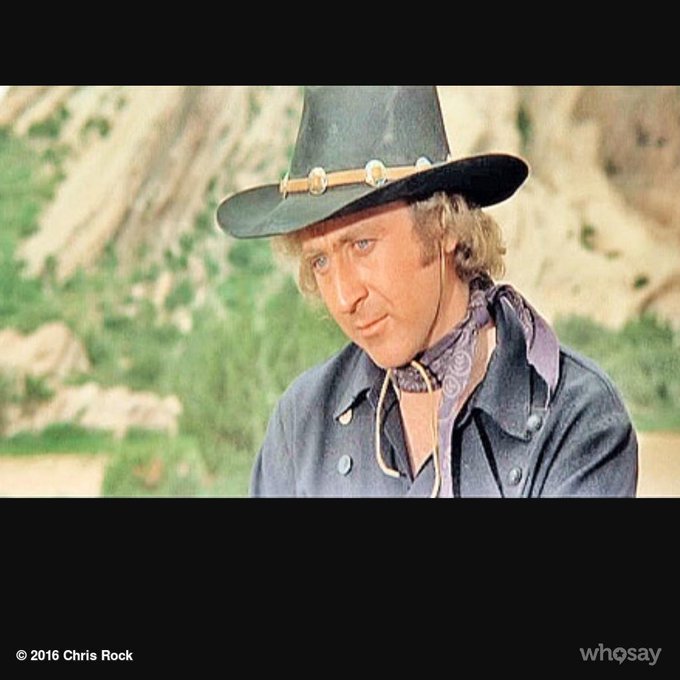 Harry Connick Jr
✔@HarryConnickJR
so sad to learn of the passing of my good friend, gene wilder... such an incredible man... i'll miss you

Tony Goldwyn
✔@tonygoldwyn
RIP #GeneWider . We lost one of the greats today. How deeply you will be missed. 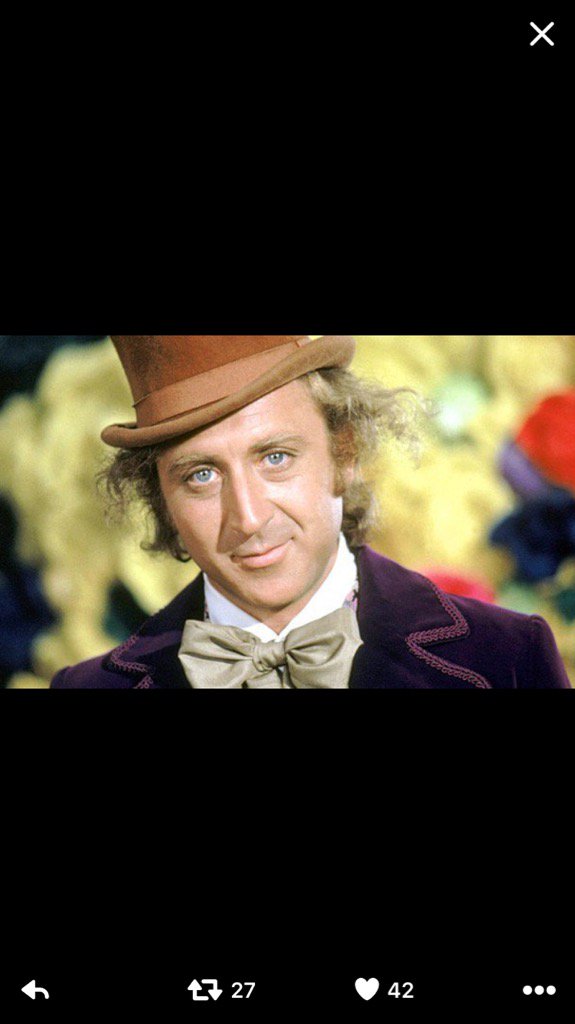 Flea
✔@flea333
gene wilder i love you with all my heart 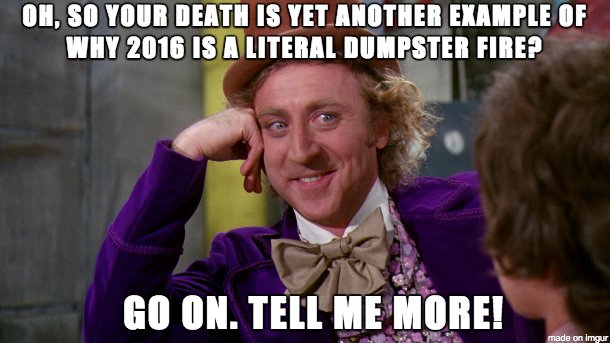 Orlando Jones
✔@TheOrlandoJones
RIP Gene Wilder. You will be missed. Say hello to Gilda and Richard for us. #EverLastingGobstopper

The Sklar Brothers
✔@SklarBrothers
The world is way worse without the pure imagination of the great Gene Wilder in it. 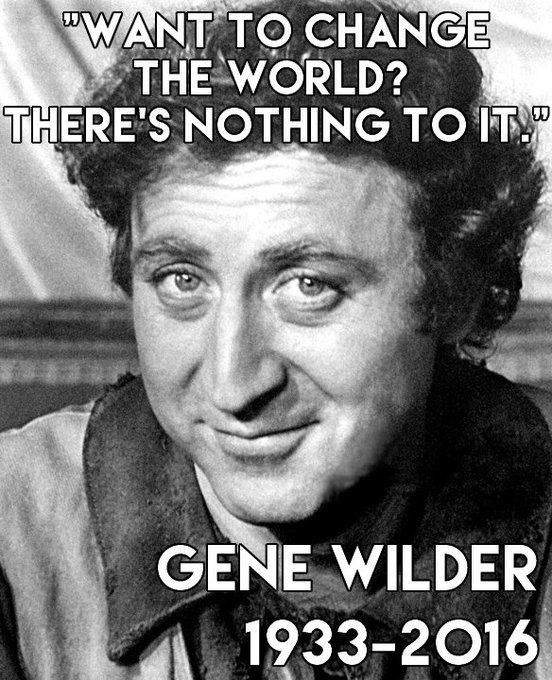 George Takei
✔@GeorgeTakei
He was always able to make us smile, and that is no small feat. Rest with the stars, Gene Wilder. 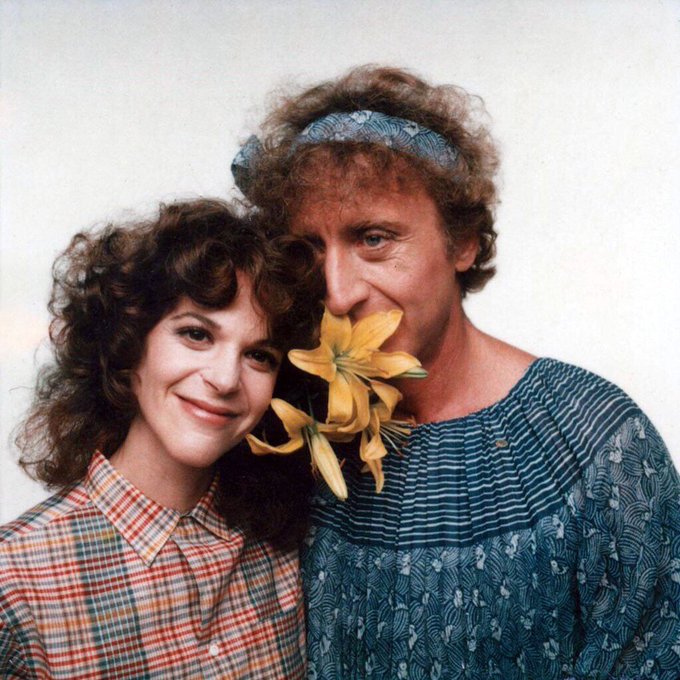 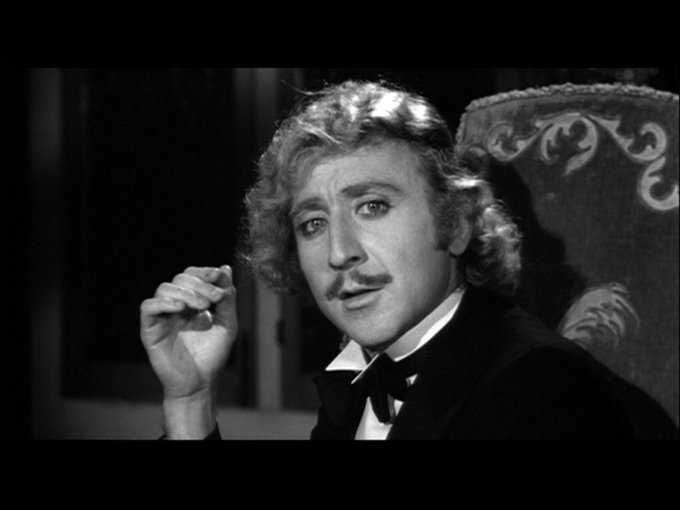 josh groban
✔@joshgroban
Thank you Gene Wilder for the wonderful, the weird, the pure imagination. One of my greatest heroes.

Russell Crowe
✔@russellcrowe
I saw Blazing Saddles 7 times at the cinema with my school friends . George St. Cows outside.
Gene Wilder you were a genius. Rest in Peace.

Jake Tapper
✔@jaketapper
it's nice to think of Gene Wilder now back with his beloved Gilda Radner and his fellow genius Richard Pryor. RIP

Jim Carrey
✔@JimCarrey
Gene Wilder was one of the funniest and sweetest energies ever to take a human form. If there's a heaven he has a Golden Ticket. ;^) 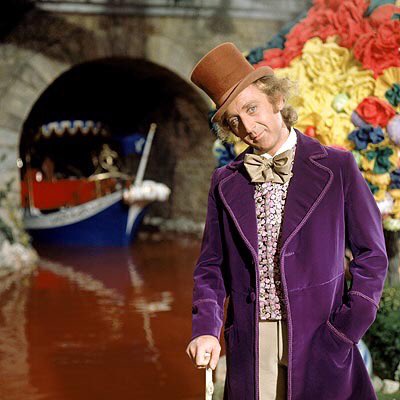 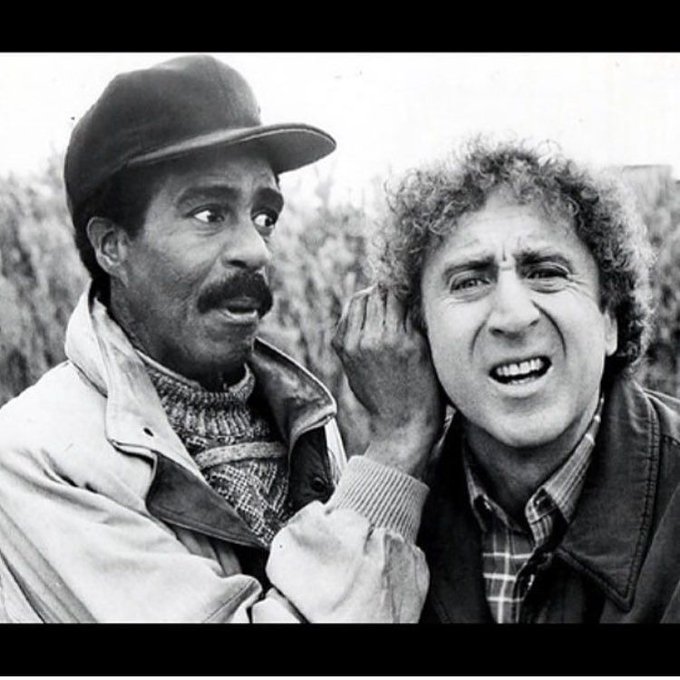 Julia Louis-Dreyfus
✔@OfficialJLD
RIP dear, wonderful Gene Wilder. What an influence you were in my life. Thank you for all that joy.https://www.instagram.com/p/BJtSEYiAhFN/

Elijah Wood
✔@elijahwood
“We are the music makers, and we are the dreamers of the dreams.“ farewell Gene Wilder, you were a treasure

Posted by Dan Cirucci at 9:48 PM No comments: