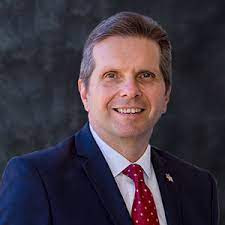 New Jersey State Assemblyman Gerry Scharfenberger (R-Monmouth) has pushed forward a resolution in New Jersey’s General Assembly (AR228) calling on the State’s colleges, universities and institutions of higher education to protect freedom of expression and open debate on campuses so as to ensure the First Amendment Rights of students are always preserved:

“Colleges traditionally have been places where the free and open exchange of opinions have been valued and even cheered,” stated Scharfenberger. “It is imperative that all colleges and universities strive to protect free speech, and ensure that all viewpoints are welcomed and fostered amongst all faculty and student bodies.”

The Assemblyman’s resolution comes as college campuses have seen a sharp rise in cases of intolerance to differing perspectives leading to suppression of freedoms of speech across the nation as well as here in New Jersey. One example involved former Secretary of State Condoleezza Rice having been forced to decline an invitation to speak at Rutgers University’s 2014 commencement after a faculty resolution and student protests demanded that the school rescind her invitation:

“There is a disturbing trend on many college campuses whereby groups or individuals that have differing viewpoints are shouted down, or even worse, prohibited from speaking at all,” Scharfenberger noted. “In our country, this is a direct attack on our constitutionally guaranteed First Amendment rights as well as democracy. Respecting differing viewpoints and inspiring healthy debate should be, and always remain, the hallmark of our academic system."