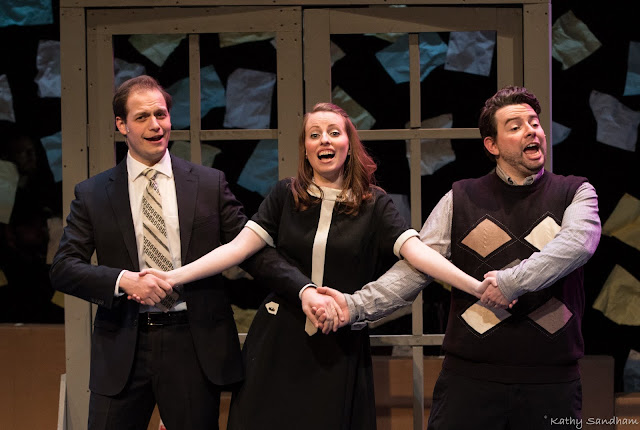 We miss Broadway.
We miss the inside of a Broadway house with its soaring ceiling, welcoming seats, gilded ornamentation and sparkling chandeliers. We miss the way the theater envelopes you with its anticipatory caress. We miss the orchestra tuning up and the curtain rising on yet another show.
We miss musicals -- the poignant ones and the zany ones; the period pieces and the thought provokers; the topical ones and the nonsensical ones; the newcomers and the revivals. We miss the ingenues, the leading men, the divas, the characters, the bit players and the gypsies.
We miss the rush of crowds along Broadway's narrow streets and the outpouring of theater lovers into the Great White Way after the curtain comes down.
We miss 42nd Street and Times Square and Schubert Alley and every eatery from Ben's deli at one end to Trattoria Del'Arte at the other.
We miss it all because Broadway is our buddy -- a loyal buddy who's always been there for us.
So here, as we lament this way-too-long blackout, we nestle close to the nearest ghost light and (in no particular order) present Broadway's ten best buddy songs -- songs of friendship, sometimes sung tongue-in cheek but always memorable and, each in its own way endearing:

Old Friends
Sondheim's tender "Hey Old Friend" song from Merrily We Roll Along (pictured above) not only proves that Broadway's master composer could write a catchy tune but also that he could do it with his inimitable touch of irony. But then again, Sondheim has a way with buddy songs.

You're Nothing Without Me
One of the most clever buddy songs ever, this one for the distinctive musical City of Angels. In this case the writer of the story sings the song to the character that he created and the character argues with him about which one is nothing without the other. An ingenious creation from Cy Coleman, David Zippel and Larry Gelbart.

Not While I'm Around
Sondheim again -- this time from his masterwork, the grizzly Sweeney Todd. And once again Angela Lansbury figures in the mix as a young boy (Toby) vows to protect her from Sweeney and others: Nothing's gonna harm you, not while I'm around. Incredibly tender and plaintive.

Friendship
Cole Porter at the top of his game with a list song that's full of patter. The song was originally written in 1939 for DuBarry Was A Lady but was later inserted into successful revivals of Anything Goes. It remains a staple. Only Porter could get away with the memorable line: "Da da da da da da dig dig dig."

Two Lost Souls
From the complicated and altogether preposterous plot of Damn Yankees, this song was used as a stalling tactic by Lola (Gwen Verdon) to keep Applegate (Ray Walston) away from a decisive baseball game. We ain't fussin'- cuz we got "us'n."

Consider Yourself
A personal favorite of ours from Lionel Bart's marvelous musical Oliver! This is the song that invites Oliver to join Fagin's band of ragtag boys -- actually the elder Fagin's surrogate thieves. For the orphan Oliver, the words "Consider yourself part of the family" were irresistible. Oh, does this show beg to be revived right now!

Worlds Apart
A haunting melody from Big River, the only Broadway musical ever written by Roger Miller. Adapted from Mark Twain's Adventures of Huckleberry Finn, the song comes at a critical point in the show when Huck recognizes the humanity of his slave/companion, Jim. They are friends but they are forever "worlds apart." An incredible heart-tugger.

Together (Wherever We Go)
Another one of Mamma Rose's calculated manipulations from Gypsy, a show many consider to be the greatest musical ever. The song by Styne and Sondheim is a calm before the plot's storm and with its continuing list and trademark patter, it's reminiscent of Porter: No fits, no fights, no feuds and no egos -- amigos -- together.

Till Him
A true bromance ballad from Mel Brooks' musical of his own screenplay, The Producers. Sung by Leo Bloom (Matthew Broderick) about the irascible Max Bialystock (Nathan Lane) it transforms an inimitable swindler into a merciful mentor. Could any other actors have ever credibly played these roles? Classic!