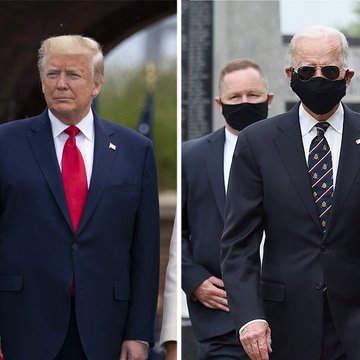 The contrast between President Trump and Joe Biden could not be more stark.
President Trump looks like a president. But Joe Biden? Well, in his most recent public appearance on Memorial Day he looked somewhat like an aging gangster.
You may brush this off but optics are important. And the images here were all bad!
We don't know who's been advising Biden but whoever told him to appear in that dark suit, dark tie, black mask and dark frameless glasses got it all wrong.
And the contrast between the all that black and the white wreath he laid at a war memorial only accentuated the starkness. Sad to say, it made him look sort of like an old mob boss laying a wreath on the grave of one of his former partners in crime.
It also brought to mind the famous photo of the hapless former Democrat presidential candidate Michael Dukakis when Dukakis donned a helmet and perched himself atop a tank,  He wound up looking like a lost turtle. It doomed his campaign!
I guess you now know why they've basically been hiding Biden. 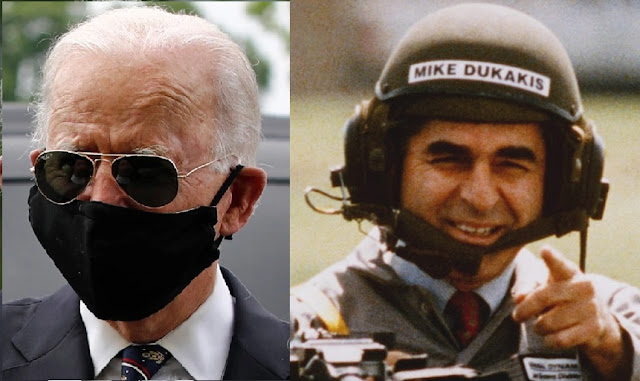 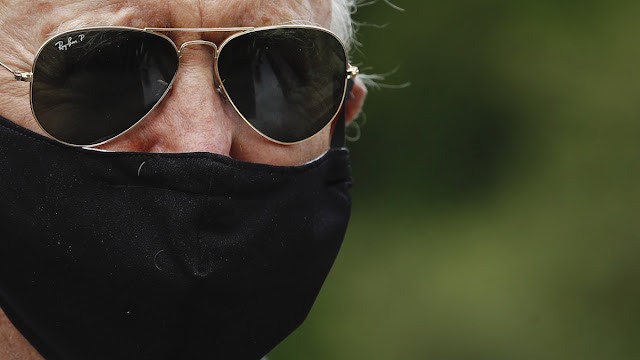 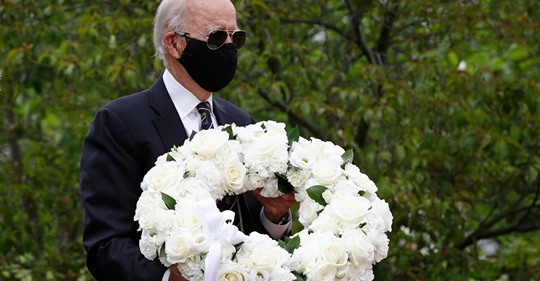 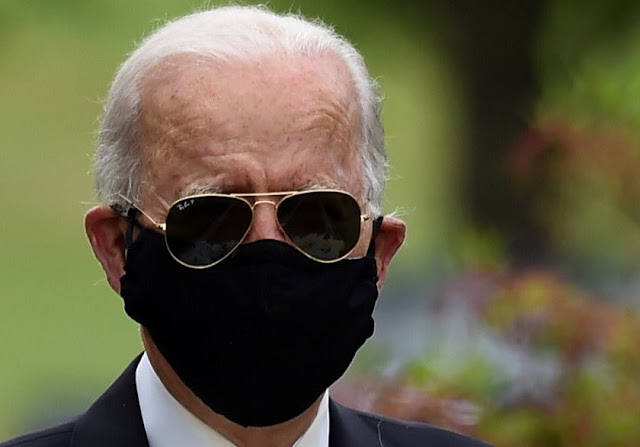