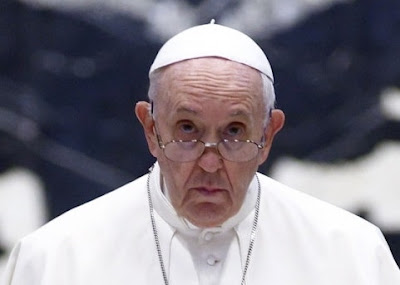 Below excerpted from the National Catholic Register:

Pope Francis has issued sweeping restrictions to the celebration of the Traditional Latin Mass, reversing previous papal decrees that had liberalized the Mass celebrated before the liturgical reforms of Pope St. Paul VI in 1970, and urging a “return in due time” to the liturgy instituted after the Second Vatican Council.

Supporters of the Latin Mass have responded to the new papal document with concern, saying that it clamps down in an unjustifiably swift and harsh manner on its celebration of the sacred liturgy.

In a new apostolic letter issued motu proprio titled Traditionis Custodes (Guardians of the Tradition) and signed on July 16, the feast of Our Lady of Mount Carmel, the Pope has taken the “firm decision” to immediately overturn Benedict XVI’s 2007 motu proprio Summorum Pontificum and Pope St. John Paul II’s 1988 motu proprio Ecclesia Dei that liberalized the availability of the Mass celebrated before 1970.

One of the key elements of Benedict’s Summorum Pontificum, which stated that the Roman Missal promulgated by John XXIII in 1962 was “never abrogated as an extraordinary form of the Church's Liturgy,” was that it granted that any stable group of lay faithful could ask a priest to celebrate this form of the Mass (also called the Extraordinary Form of the Roman Rite), and he would need “no permission from the Apostolic See or from his own Ordinary.”