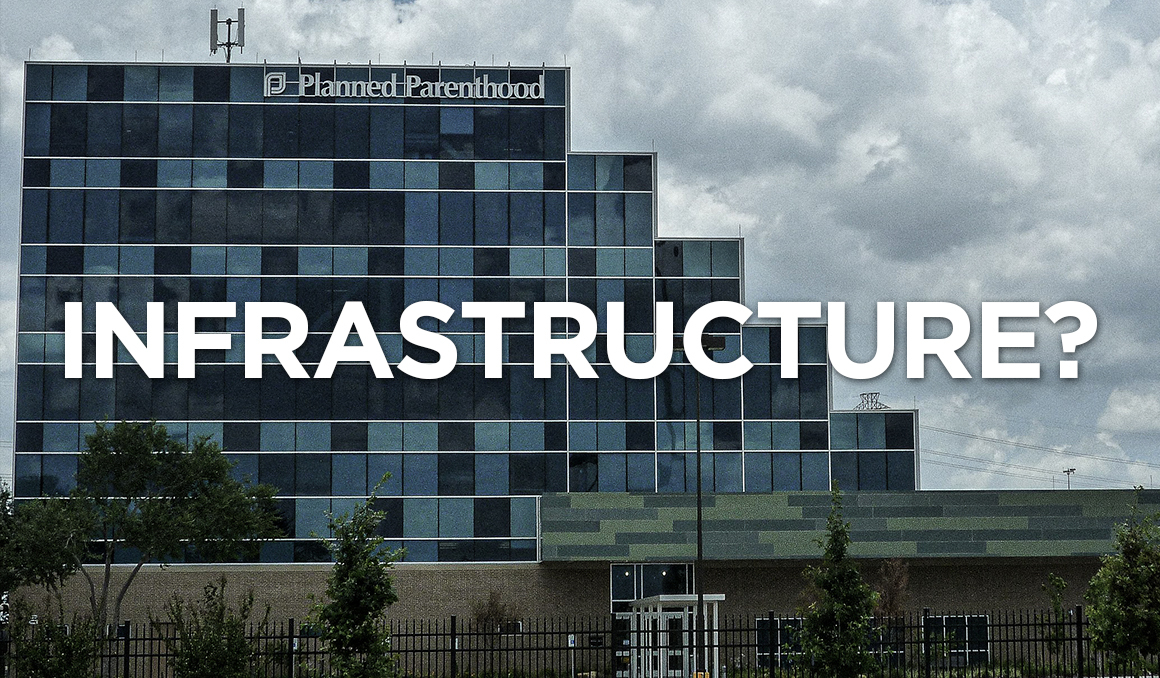 The following is from catholicvote.org:

What’s in the new push for “infrastructure?”

You guessed it: child killing.

Democrats are signaling they intend to transform Medicaid in the $3.5 trillion “infrastructure” reconciliation bill, unlocking massive funding for abortion.

Georgia’s Raphael Warnock has only been a senator for a few months, but his new legislation would open the floodgates of federal funding for abortion in Medicaid. (And Warnock claims to be a Christian minister!)

When Obamacare was first enacted, it provided funding to states to expand Medicaid. Many states went along and did just that. But the funding was temporary, so 12 states (mostly Republican states) opted against expanding Medicaid.

Now Democrats want to do an end-run around these Republican states and ensure Medicaid is expanded in all 50 states. President Biden's recent budget outline explicitly called for this.

Sen. Warnock's bill would create a federal public option that provides premium-free, Medicaid-like coverage to low-income residents in those 12 states that have declined the Medicaid expansion.

But the biggest problem isn't what's included in his bill. The problem is what's missing.

As conservative writer John McCormack notes: “According to judicial precedents, any federal health-care program that does not explicitly prohibit federal funding of elective abortion must fund all legal abortions. And Warnock’s bill does not include the Hyde Amendment.”

Democrats are moving forward with plans to pass a $3.5 trillion bill on the “human capital” version of Biden’s infrastructure plan through the reconciliation process. That means Republicans in the Senate have no ability to stop the bill with a filibuster.

This change to Medicaid would create a massive expansion of abortion.

In fact, the Hyde Amendment was first offered in 1976 precisely to ensure that Medicaid would not pay for abortions. For decades, Republicans and Democrats voted together to keep the Hyde Amendment in place. Joe Biden supported the Hyde Amendment during his entire career in the U.S. Senate. (Only to abandon it when he ran for president.)

The Hyde Amendment is critical and we have to fight hard to protect it.

According to the pro-life Lozier Institute, the Hyde Amendment has saved an estimated 2.4 million lives from abortion since 1976.

Over in the Senate, all eyes are on Joe Manchin, the Democratic senator from West Virginia. Sen. Manchin wants to expand Medicaid in those 12 states. But he also told Bloomberg News: “I'm going to support Hyde in every way possible.”

We are already lobbying Sen. Manchin to make sure he sticks to his promise. You too can help by making a call to his office at 202-224-3954.

In the meantime, CatholicVote recently joined a coalition of groups to promote the Hyde Amendment on social media with the #HydeSavesLives campaign.

We’ll keep you updated as the legislative process continues. Please keep spreading the word about the Hyde Amendment.

We can't lose this fight.