An Evening With Josh Groban At The Mann, And...

There aren't many performers left who we would pay to see in concert.
Why?
Because so much of today's live entertainment is crass, crude, vulgar or just plain indecipherable. To be blunt, so much of it is trash, pure and simple.
That's why it's refreshing when a new talent comes along who understands fine music, top-notch entertainment and the needs and desires of his audience. Josh Groban is just such an entertainer and we were delighted to experience his remarkable live performance last night at Philadelphia's beautiful summer concert venue, the Mann Music Center.
There was just one tiny problem: Several members of the audience (who sat right alongside us) shouldn't have been there. Instead, they should have been at one of those other shows where the performers grunts and moans can hardly be distinguished from the few words they actually do shout out to the audience in a manner described as singing. These people alongside us insisted on chatting through Groban's first few songs -- until we told them to stop it. Then, they finally quieted down, but not without an argument that almost turned ugly.
Our plea: If someone is on stage performing in a civilized manner, delivering a beautiful musical program, remember that he or she is the performer and you are the audience. We came to hear the performer(s) on the stage, not you. So, once the performance actually begins, shut up! 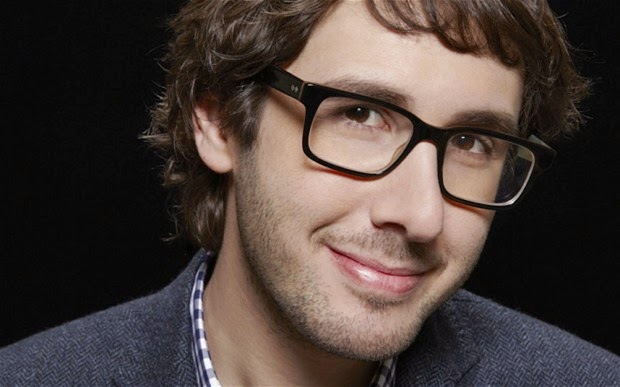 Now, onto Groban and his performance.
He was simply wonderful.
This was our first time at a Josh Groban concert and we loved it. His program selections were sophisticated and wordily and ranged from pop to Broadway to classical with songs sung in Italian and Spanish as well as English.
Groban is like a lovable nerd. His stage presence can be awkward at times by it's also clumsily endearing and his patter with the audience is natural and authentic and doesn't get in the way of his performance. He gets it: He knows you came to hear him sing and he delivers the goods in an uninterrupted performance that includes the songs he knows you want to hear.
His voice is angelic one minute and powerfully authoritative and near-operetic the next, with remarkable range. So many of his songs are just this side of somber and yet they don't necessarily leave you feeling sad because there's something joyful and reaffirming about his presentation. He is a young man who is obviously mature beyond his years (a highly-accomplished professional) and yet he's not the least bit haughty of overly self-conscious. He's a hugely talented presence who not only sings but also plays several instruments and yet he comes across as somewhat nonchalant about it all. How refreshing that we're not suffocated by an outsized ego.
Groban doesn't need the pulsating lights and computer-generated dynamics that he incorporates into his show. For our money, all he has to do is open his mouth and sing.
And this was amply demonstrated in his second and final encore last night when he sang Charlie Chaplin's beautiful and haunting 'Smile' accompanied only by a pianist.
This is a live performance worth seeing -- and seeing again and again!
Posted by Dan Cirucci at 1:03 PM