Gen. Greene's Funeral: Where Was Obama? 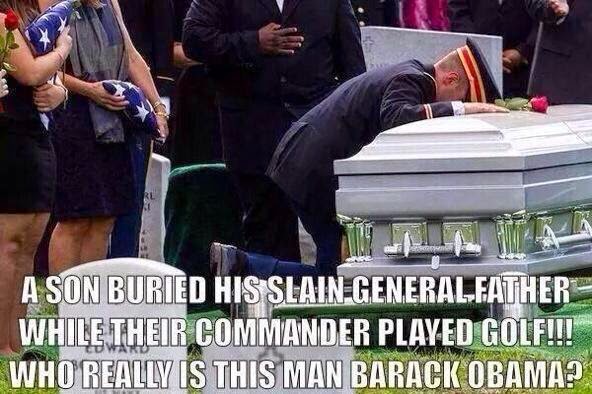 Army Major General Harold Greene, who was slain when a gunman believed to be an Afghan soldier opened fire at a training facility in Kabul, was laid to rest recently. He was the highest ranking military official killed in action since Vietnam. Neither President Obama nor Vice President Biden attended the General's funeral. BTW: The White House will send FIVE representatives to the funeral of Michael Brown this week.
Posted by Dan Cirucci at 2:35 PM