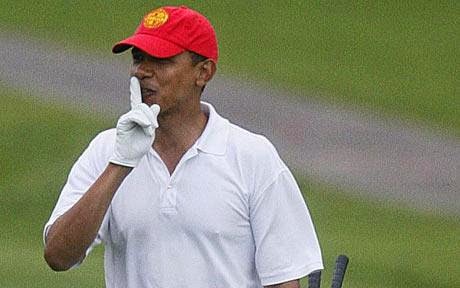 When Henry Louis Gates was misidentified by police officers, Obama appeared on TV to charge that the police acted "stupidly."
In the Trayvon Martin case, Obama (sympathizing with Martin) came back on TV to declare that Trayvon "could have been my son."
The same things happened in the cases of Michael Brown and Eric Garner - the president took to the airwaves to cast aspersions upon law enforcement authorities even though there were law-breaking perpetrators involved in both instances and the justice system exonerated the police.
But now that two New York City police officers have been assassinated in cold blood in a race-related incident, President Obama is virtually invisible. His response? Just a brief written statement as he continues to enjoy the sun and surf of Hawaii.
Disgraceful!
Posted by Dan Cirucci at 1:54 PM