Which Party REALLY Wants To Turn Back The Clock? 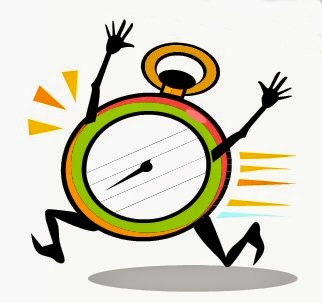 The Republican Party is often accused of living in the past and conservatives are regularly targeted as those who want to turn back the clock?

But, let's take a closer look at this:

Liberal Democrats have now thoroughly rebranded themselves as "progressives." As such, they've embraced a movement that is more than 100 years old. Rooted in a time of isolationism, horrid working conditions, greedy robber barons and rampant discrimination, progressivism had its moment.

But now, the newly rechristened progressives would have us think that we're still living in the later part of the 19th century or the early 20th century even though our own day-to-day reality disproves many of the progressive theories. Still, liberals don't want to recognize this. They want to keep us locked in an era of plagues and struggle, of pitched battles and endless grievances. That's the mentality they want us to assume.

In education, conservatives want to take us forward with innovative ideas embracing teacher accountability, school choice, school vouchers and charter schools. But liberals want to keep us locked in the way things have been since big teachers' unions came to power decades ago: no change and no compromise no matter how much our children fall behind, no matter how bad the schools are, no mater how often education fails future generations. What's so progressive about that?

On tax policy, conservatives are out to simplify the tax code, perhaps move to a flat tax or maybe eliminate the IRS altogether. Liberals? They'll have none of that. They want to ramp up the power of the IRS and its bloated, insidious bureaucracy. They love the IRS and the federal income tax (inaugurated in 1913) and want to see it become virtually boundless.

Race relations? Well, liberals would have us believe that we never got past the 1960s in this area. Certainly, their tactics and their sense of reality seem to be firmly planted in that era. The most liberal president in modern times promised to bring us together. But his whole approach is rooted in the radical, pitched, confrontational style of the 1960s. After six years, the result is that race relations seem far worse. Yet, this doesn't seem to matter to liberals. In fact, they actually seem to prefer it this way -- a state of near-constant crisis, division and distrust.

On foreign affairs liberals are increasingly embracing a new isolationism, harkening back to the 1900s or 1930s -- periods when America went week and refused to face the growing dangers, the destructive ideologies and the emerging tyrants in the world. Such policies helped lead to two world wars. Now, liberals want America to believe that peace doesn't come from strength. They want us to think it will come about by abandoning our friends and excusing (if not embracing) our enemies. Well, history tells us just how wrong that strategy is.

Housing? In 1940 only about 40% of Americans owned their own home. But in the 1950s home ownership became an integral part of the American dream. By 2005, nearly 70% of Americans owned their own home. Now, after six years of liberal rule, for the first time in at least two decades, home ownership rates are heading steadily downward with the current rate sitting at about 65%. Look around you. Many, many more apartments are being built (if anything's being built at all) and fewer and fewer homes. Restrictive liberal policies have chocked the housing market.

With respect to health care, we now have a government-imposed system that's a mammoth expansion of programs created in the 1930s and 1960s - Social Security and Medicare. Again, liberals have turned back the clock and forced us into a truncated Rube Goldberg contraption that clickety clacks along, lagging far behind in a cyber-speed age. This didn't take any new thinking, vision or imagination. It's just the same old, same old on steroids. This is what our health care depends on. It's horrifying to even contemplate it.

In the 1980s Ronald Reagan unleashed the power of America's free market when he eliminated thousands of government regulations and cut taxes. Now, progressives are out to regulate everything. From 2009 through 2012 the federal government imposed 13,000 new rules and regulations. In the first week of the second Obama Administration, another 300 regulations were finalized. That's just in one week! Now, Obama & Co. are moving to regulate the Internet and social-media through the FCC's new, wrongly-named "net neutrality" impositions. They're moving us back to the pre-Reagan 1970s era.

At the rate we're going, to we recede into an age of barbarism? Well, ask yourself this: Is there anything more barbaric than killing a seven-pound baby that hasn't even been born yet? It's a legitimate question because that's what progressive-endorsed abortion on demand (no matter the term of the pregnancy) provides for. And liberals insist that this be funded by your tax dollars.

And ask yourself that question, too while you're at it: Does the strident form of political correctness with the imposition of speech codes take us closer to free speech in a civil society ruled by law or does it take us closer to mob rule?

The truth is that there's nothing progressive about progressivism.

Liberals want us riding bicycles. They want us growing our own organic vegetables. They want to stop the Keystone Pipeline. They want to halt exploration for natural gas and other similar energy sources. And they're determined to do these things whether we want them or not.

There's nothing new or modern about the oppressive approach they take. They proceed with all the sensitivity, finesse and respect for individual liberty of the robber barons that they set out to destroy when they founded the progressive movement in the 1900s.

They want to tell us what to think, how to act, what to say and how to live. They want to take us backward, not forward. They're the ones who want to turn back the clock -- to a dark, ominous, dreary, age of vilification, suppression, regimentation and maybe even despotic rule.

Don't let them do it!