Telling It Straight: Shame On These Cowards!

Let's tell it like it is.
The entrenched Republicans in the U. S. Senate are in the process of making fools of themselves.
And the biggest culprits are the Futile Four who sank the latest effort to replace and replace Obamacare: Whiny Susan Collins, Picky Rand Paul, Loony Mike Lee and Maddening Jerry Moran. Yeah, we know that Lee and Paul sort of positioned themselves to the right of the legislation under consideration.
So what?
Because, in the end, the truth is that these four senators, no matter what they say or how they try to explain it, are effectively responsible for the survival of Obamacare. They succeeded in assuring that Obamacare remains the law of the land, whether they are willing to admit it or not. 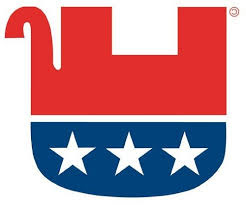 To these four, you can add whatever other bed-wetting Republican senators sat back and allowed the bill to fail by not climbing on board in support of the GOP plan. And, the finger of blame must also be pointed at Senate Majority "Leader" Mitch McConnell who proved unable to whip his troops into shape and get them behind the legislation. The lugubrious McConnell just doesn't seem to have the oomph to get things done.
What has happened in the past 24 hours is a slap in the face not just to President Trump but really to the democratic process and to the entire country.
It's really a disgrace.
And it makes you wonder whether anyone in Congress has the guts to do anything -- or anything significant, anyway.
A cadre of elitists in the nation's capital (both Democrats and Republicans) comprise an entrenched establishment that only looks out for and only protects and only acts in the interest of itself.
They are self-perpetuating game-players and their game is nothing more than a labyrinth of lies.
Now the plan is to vote on Obamacare repeal with a two-year window to replace the failed program. This is something the GOP members of Congress in both houses have already approved seven times. But of course they did that knowing that Barack Obama would quickly veto what they passed. Big whoop there, huh?
Now, let's see how these repugnant cowards try to wiggle out of this one.
Stay tuned . . . .
Posted by Dan Cirucci at 3:09 PM