He Will Do 'An Amazing Job' To Unleash Resources! 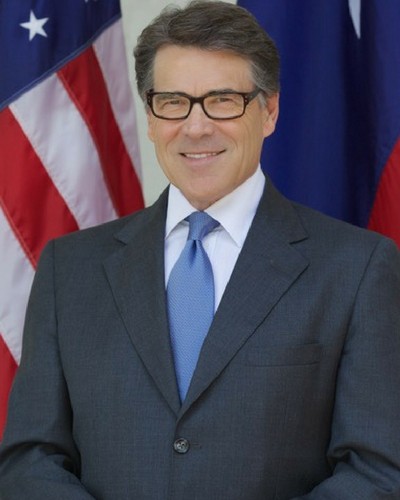 Gov. Perry was the chief executive of one of the country’s largest states and one of the largest economies in the world. He is also one of the most successful governors in modern history, having led Texas through a sustained period of economic growth and prosperity by developing the state’s energy resources and infrastructure, and making low-cost energy available to companies and families.

“As the Governor of Texas, Rick Perry created a business climate that produced millions of new jobs and lower energy prices in his state, and he will bring that same approach to our entire country as Secretary of Energy,” said President-elect Trump. “My administration is going to make sure we take advantage of our huge natural resource deposits to make America energy independent and create vast new wealth for our nation, and Rick Perry is going to do an amazing job as the leader of that process.”

“It is a tremendous honor to be selected to serve as Secretary of Energy by President-elect Trump. I am deeply humbled by his trust in me,” said Gov. Perry. “As the former governor of the nation’s largest energy producing state, I know American energy is critical to our economy and our security. I look forward to engaging in a conversation about the development, stewardship and regulation of our energy resources, safeguarding our nuclear arsenal, and promoting an American energy policy that creates jobs and puts America first.”

Gov. Perry has devoted his entire adult life in service to America and to creating prosperity and opportunity for families. He is a veteran of the United States Air Force, a former farmer, and the longest serving governor in Texas history, having led the world’s 12th largest economy from 2000 to 2015.

Perry grew up the son of tenant farmers in the tiny West Texas community of Paint Creek. The younger of Ray and Amelia Perry’s two children, he was active in scouting and earned distinction as an Eagle Scout. He was one of the first in his family to go to college, earning a degree in Animal Science from Texas A&M University, where he was also a member of the Corps of Cadets and a Yell Leader.

Between 1972 and 1977, Perry served in the U.S. Air Force flying C-130 tactical airlift aircraft in Europe and the Middle East. He is a lifetime member of both the NRA and American Legion Post #75. Prior to being elected Lieutenant Governor in 1998, he served two terms as Texas Commissioner of Agriculture and three terms in the Texas House of Representatives.

Perry married his childhood sweetheart, Anita, in 1982. They have two children and two beautiful granddaughters.
Posted by Dan Cirucci at 12:03 PM