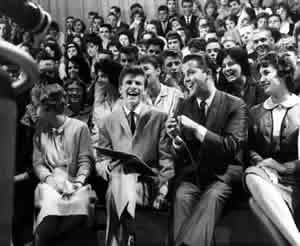 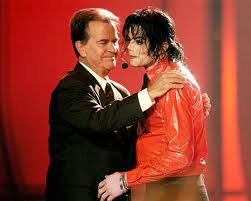 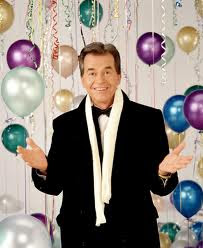 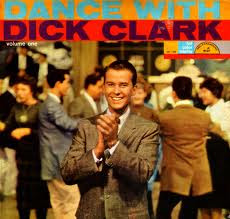 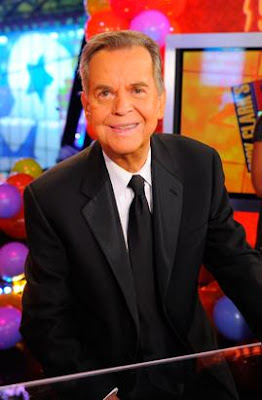 Dick Clark died of a massive heart attack in April, 2012.
The host of American Bandstand who later succeeded Guy Lombardo as "Mr. New Year's Eve" was 82. But he always looked decades younger. He was the timeless teenager.
Clark's legacy lives on through so many TV shows and innovations that he pioneered.
Dick Clark got his start in Philadelphia and was once as much a part of the fabric of the city as a Mummer's string band or a soft pretzel. It all began when he landed a gig as a DJ at WFIL in Philadelphia in 1952, spinning records for a show he called "Dick Clark's Caravan of Music." There he broke into the big time, hosting Bandstand, an afternoon dance show for teenagers. The show was such a hit locally that lines wrapped around the old WFIL-TV studio as teenagers waited to get in for the live, late-afternoon broadcasts.
When the show went national things really started to take off.
Within five years, the whole country was watching as ABC presented "American Bandstand" and Clark introduced the nation to some of the biggest rock 'n roll acts (and songs) ever.
The show was never quite the same after it moved to Hollywood in 1963 but Clark continued to succeed and rake in the dough as he became a hugely successful TV producer. His "Dick Clark Productions" became a veritable license to print money.
"Dick Clark's New Year's Rockin' Eve" on ABC became a Dec. 31 tradition, with Clark hosting the festivities for more than three decades, introducing the entertainment acts and, of course, counting down to midnight as the ball dropped in New York's Times Square.
In 2004 Clark suffered a stroke that left him partially paralyzed and barely able to speak. Courageously, he continued to appear on the annual countdown.
He was a shrewd businessman, a consummate showman and an American success story.
Posted by Dan Cirucci at 7:19 PM