THIS Is The Way It Was Meant To Be Done! 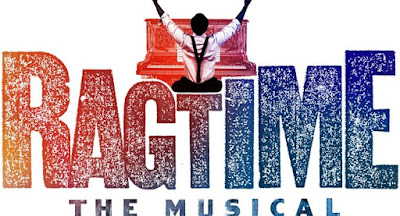 The Cherry Hill School District has come under close scrutiny during the past few weeks with regard to Cherry Hill High School East’s chosen spring musical production, Ragtime. When concerns were raised earlier this month regarding the use of the N-word in the production, we as a district carefully considered the impact of the production on both our student community and the community at large. On January 20, 2017, we released a statement that we would remove the Nword and other derogatory racial and ethnic slurs from the script. This decision spurred passionate debate in the Cherry Hill community that quickly garnered media coverage and national attention. The need for continued conversation became clear. Several in-person meetings were held following the January 24, 2017 Board of Education Action meeting. These meetings included stakeholders with diverse life experience, professional backgrounds and opinions. Several telephone discussions with Music Theatre International, the distributor of the script, made it clear that according to the contract between the district and MTI, the play must be performed as written or not performed at all. This fact was brought into our stakeholder conversations. I am grateful to Cherry Hill African American Civic Association, a perennial partner and foundational stakeholder in our school district, to the Camden County East NAACP, to the Jewish Community Relations Council, and to the AntiDefamation League for their commitment to work with our district and our children as we move forward.

In coming to a decision, our focus remains on our students, on their safety and their development – which has always been and will always remain our top priority. Education must take place in a safe way, in a safe environment. The final decision regarding Ragtime was not made based on a vote. We do not deem any individual or group who voiced an opinion in this process as wrong. Nor is any person or group more valuable than another. We are greatly appreciative of all who have joined the hours of discussion, and for the respectful manner in which most conducted themselves.

These are tumultuous, difficult times. We believe that while these difficult times provide challenges in our educational community, they also provide an opportunity and an obligation to educate. We believe we can educate using difficult subject matter presented in a safe, sensitive way. To that end, Cherry Hill High School East will present Ragtime as written. The school community will be supported by curriculum and conversation leading up to and continuing through the show’s performance dates and beyond. The curriculum additions will allow all of our students to learn from the production without feeling threatened or disenfranchised. We will present resources and conversation regarding the production at each performance. We will make it abundantly clear that we loathe the N-word, that we despise this most vile of words in our language. We have been offered professional support in this endeavor from within the Cherry Hill Schools community and from professionals outside the community. We will be availing ourselves of these resources from now through the performance schedule of Ragtime at Cherry Hill High School East – opening on March 10, 2017 and closing March 19, 2017 – and into the future.

We look forward to continued conversations with the stakeholders who have generously and respectfully offered their time and perspective to this process. We also look forward to our community treating each other with kindness and respect moving forward.

Editor's note: We saw the Broadway musical Ragtime in its original production on Broadway in 1998 with its multi-racial cast and stars Brian Stokes Mitchell and Audra McDonald.  We felt  this story was so important that we took our children along to experience the production with us. It was a thrilling, landmark production that we will never forget.Based on the 1975 novel by E. L. Doctorow, Ragtime tells the story of three groups in the United States in the early 20th century: African Americans, represented by Coalhouse Walker Jr., a Harlem musician; upper-class suburbanites, represented by Mother, the matriarch of a white upper-class family in New Rochelle, New York; and Eastern European immigrants, represented by Tateh, a Jewish immigrant from Latvia.

When the school district acquired the rights (through Musical Theatre International) to perform this show it presumably acquired grand rights, meaning the rights to the whole show performed in its entirety and without changes, alterations, additions or omissions of any kind. This is not just a matter of artistic integrity. It's a matter of intellectual property and copyright law.
The school district made the correct decision -- both to present this important show in the first place and also to present it "as is". This is the right way to do it, along with proper curriculum, education and dialogue -- of course!
We commend Dr. Meloche, the school district and everyone involved on reaching this decision.
We also commend the students and wish them every success on this important production. Bravo!
Posted by Dan Cirucci at 3:20 PM