STUNNING: 'New' Recordings From The Master!

Louis Armstrong was one of the most recognizable men in the world. His smile, his voice, his trumpet all set the standard for the one true American art form called “jazz.”

Dot Time Records’ Legends Series has unearthed a treasure of UNRELEASED RECORDINGS by Louis Armstrong. The Louis Armstrong Legacy Series will feature four productions from the Armstrong archives housed at Queens College. The first production entitled The Standard Oil Sessions will be released May 12, 2017. In addition to the regular releases, available in stores, it is just being announced that a Limited Collector’s Edition has been created and is on sale now. 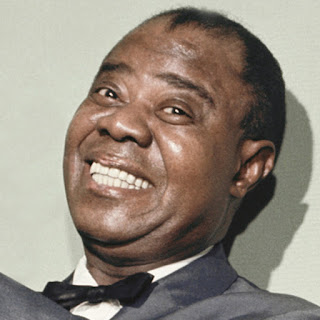 This Collector’s Edition has been meticulously refined and re-mastered for the highest-quality sound value by Dot Time Records “Legends” producer Jerry Roche. It is a one-of-a-kind treasure trove of Jazz. Each edition comes with a 20-page booklet authored by Ricky Riccardi, the 21st-Century foremost authority on Armstrong, including rare photos.

Volume 1 of the Collector’s Edition, “The Standard Oil Sessions”, is now on sale only atwww.dottimerecords.com/louis-armstrong. The first release will ship on the 1st of May 2017, allowing purchasers to receive their copy prior to the official release date of the regular release available in stores.

As Wynton Marsalis said in a CBS This Morning interview, “Louis Armstrong was one of the greatest human beings to ever set foot on this planet. He gave us a feeling that persists with us. Thank you, Pops!” Miles Davis put it this way, "You can't play anything on a horn that Louis hasn't played." While Satchmo himself said it best, “My whole life, my whole soul, my whole spirit is to blow that horn...”

For more information, visit www.dottimerecords.com.
Posted by Dan Cirucci at 11:15 AM