Politics And Pop Culture: The Roots Of Disaffection 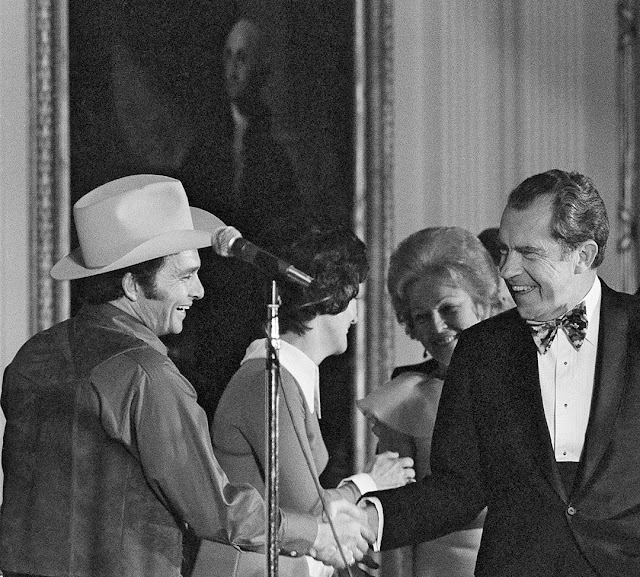 You'll find it deep inside Susan Page's The Matriarch, a wonderful new memoir of Barbara Bush.
As Page recounts President George H. W. Bush's stinging 1992 defeat and the rise of Bill Clinton, she offers this explanation:


There were broader trends in motion., and early signs of the political revolution that would enable Donald Trump to win the White House a quarter century later. In the Republican primary, Pat Buchanan would tap resentment over immigration, trade and multiculturalism with a "pitchfork" challenge for the nomination. (Barbara Bush would accuse Buchanan of using racist" code words.) In the general election, H. Ross perot, with a populist message of his own, would demonstrate the power of a billionaire businessman to command the public stage, undeterred and even boastful about his lack of government experience.

There you have it. the handwriting was on the wall more than 25 years ago. Events that seemed to command only passing attention at the time would presage the emergence of Donald Trump and his runaway brand of nationalistic populism.
But, wait. All of this  could have been foreseen as far back as 1971 when the renegade  country singer Merle Haggard (above, with President Richard Nixon) penned songs like "Fightin Side Of Me,"  "workin Man Blues"and "Okie From Muskogee," shedding the spotlight on what would become President Richard Nixon's outreach to a group of Americans he called "the great silent majority." This is the same group that writer Pete Hamill termed the Lower Middle Class in a landmark New York magazine article. Here's how David Cantwell catalogues it in his book Merle Haggard, The Running Kind:


On November 3, two days  after "Okie" cracked the pop Hot 100, Nixon delivered his famous Pat Buchanan-penned "Silent Majority" speech. "So tonight, to you, the great silent majority of Americans, I ask for your support," he read, effectively stoking grievances already smoldering within so many current Merle Haggard fans and within countless newer ones.

Note both thread of Buchanan through all this and the link to the popular culture. Her's how it's analyzed in Candtwell's book. If it all sounds eerily familiar, it's because it is:


They [the elites] proclaimed their virtues. You [the forgotten Lower Middle Class] simply lived virtuously. Thus Nixon made political capital of a certain experience of humiliation; the humiliation of having to defend values that seemed to you self-evident, then finding you had no words to defend them, precisely because they seemed so self evident. Nixon gave you the words.