We Don't Wish That Kind Of Death On ANY Dog! 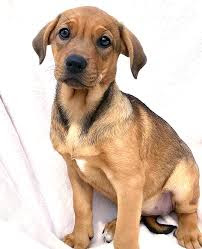 "He did like a dog."
This was how President Trump described the death of the notorious terrorist monster, Abu Bakr al-Baghdadi.
Now, some of our canine-loving friends feel that the President insulted dogs.
They feel hurt and angry because they insist: "Dogs don't die that way!"
If you're a dog lover, we can understand this. We get it.
But the phrase he died like a dog is just an expression -- it's an idiom that's been around a long time. It's from the French saying crever comme un chien and it really means to die in an undignified manner, or due to neglect. And sadly, many dogs have diesdthat way and still do die that way -- especially in less-developed parts of the world.
So we ask our dog-loving friends to please try to understand. President Trump meant no harm in using the expression -- one that is almost as common as "You dirty dog!"
Remember that the President went out of his way to praise the dogs that went after Baghdadi and the hero-dog who chased him to the end of a dead-end tunnel where he met his fate. Repeat after us: President Trump has nothing against dogs. America loves dogs!
Posted by Dan Cirucci at 4:33 PM