The Hero Dog The Whole Country Is Talking About 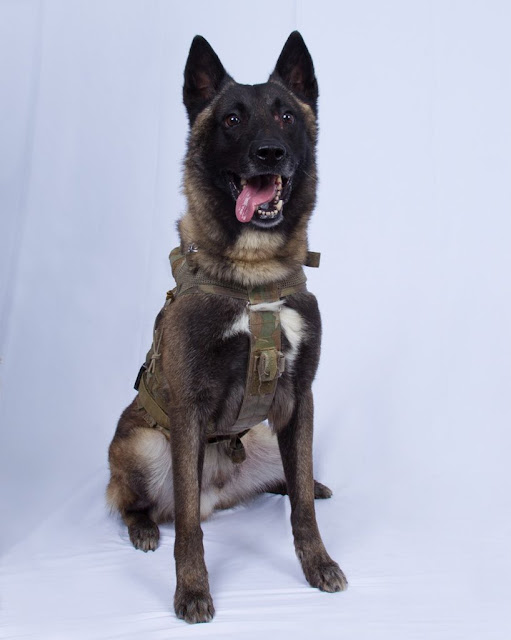 THIS is the hero dog all America is talking about.
This is the dog that chased the evil Baghdadi all the way down to a dead-end tunnel where the terrorist monster blew himself up.
The dog reportedly sustained sever injuries but is expected to survive.
This dog is part of the special ops K-9 unit -- a group that is just as elite as the Army special ops themselves. The dog is a true warrior.
Due to such overwhelming interest and support, President Trump declassified this phot of the dog for release though the name of the dog remains classified, for now.