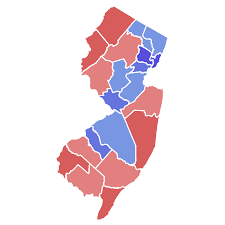 Where do we go from here? Here are five BIG conclusions we can all draw from the recent election in New Jersey AND the one in Virginia as well:

2) You don’t need fancy high-paid consultants. Didn't Durr's dramatic upset victory over Sweeney prove this once again? How many times do we have to learn this lesson? Build a grassroots army; be instinctive; master (and maximize) social media: LISTEN to voters and work like hell.

3) Seize the opening. When your opponent slips, don’t wait. Jump on it and go in for the kill. Youngkin proved this in Virginia. The minute McAuliffe said he didn't think parents should be deciding what kids learn in schools, Youngkin blitzed the airwaves with it and road to victory. Don't wait, don't hesitate. Go for the knockout punch.

4) Don’t take South Jersey for granted and don’t EVER underestimate it. We're tired of being dismissed, shortchanged or disparaged. South Jersey is showing Republicans how to win. And we're doing it again and again. Will the powers-that-be in the north learn anything from this? Anything?

5) We are now the party of working people. And we're also the party of mama bears and papa bears. The idea that the GOP is the party of wealthy, settled, polite fuddy-duddies is over. To "country club" Republicans we say: "Grow a pair or get the hell outta the way!"

And one more thing: Pay no attention to the polls! The polls (especially the Monmouth Poll) were way, WAY off this time. In fact the only poll to get it right was a poll none of the media mentioned or paid attention to -- the Trafalger Poll.