Murphy Piles Up Needless Debt: YOU Foot The Bill!

New Jersey State Senator Declan O’Scanlon (R-Monmouth) questioned a decision by Governor Phil Murphy to increase State debt by $400 million to fund projects at New Jersey’s colleges and universities when his administration is sitting on billions in cash that could fully fund the proposed capital program. 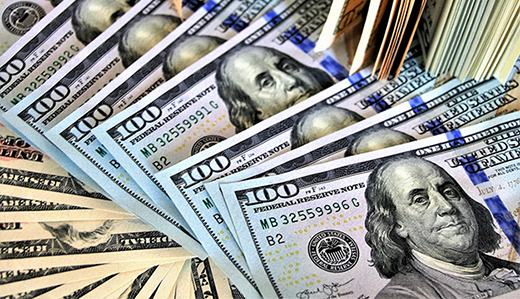 Sen. Declan O’Scanlon questioned a decision by Gov. Phil Murphy to increase State debt by $400 million to fund projects at New Jersey’s colleges and universities when his administration is sitting on billions in cash that could fully fund the proposed capital program. (Pixabay)

“State support for our institutions of higher education has long been lacking, but that doesn’t mean we should turn a blind eye to cost when we decide to make an important investment,” said O’Scanlon, a member of the Senate Budget & Appropriations Committee. “I don’t think it makes sense for Governor Murphy to propose increasing State debt when his administration is sitting on a windfall of billions upon billions in cash that remains untapped. His plan will stick taxpayers with unnecessary debt and interest payments for decades when he should be working to increase affordability.”

O’Scanlon pointed to existing State funds that could be utilized to fund the grants without bonding, including:

Further, the current State budget (FY 2022) adopted by Governor Murphy projected a 5.1% decline in State tax revenues from last year. The Treasury Department, however, is reporting a 25% increase in actual cash collections year-to-date, a trend which suggests the State’s budget surplus will increase by billions of dollars beyond what was expected.

“We have billions in the bank that can easily fund a capital program for our colleges and we’re likely to have billions more in surplus than we were expecting due to the Murphy administration’s inaccurate fiscal projections,” added O’Scanlon. “There is absolutely no doubt that we can afford to fund these important projects with the boatloads of unutilized cash collecting dust in the State bank account. Governor Murphy shouldn’t borrow a single penny.”