'Welcome Back Kotter' Actor Dies At 60 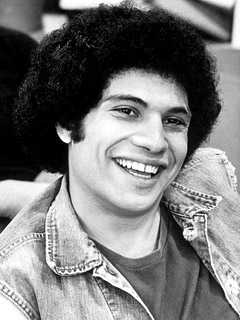 You remember him as Phillipo de Huevos Epstein.
But his real name was Robert Hegyes and he was jersey born and bred.
Hegyes, who played Jewish Puerto Rican wheeler-dealer on the 1970s classic TV comedy "Welcome Back Kotter," died from an apparent heart attack this morning. This happened shortly after he sufferd chest pains at his Metuchen, NJ home. He was 60.
Hegyes, later co-starred on "Cagney and Lacey" and taught occasional master classes at his alma mater, Rowan University, in Glassboro NJ. But he was best known for his work on "Kotter," in which he performed alongside a young John Travolta.
Hegyes was one of the tough remedial students called the Sweathogs.
Hegyes and nearly all of the original cast members reunited last year at the TV Land Awards to recognize the show's 35th anniversary.
Click here to read more.
Posted by Dan Cirucci at 3:37 PM