With the new year just days away, we want to take a look at the people you need to be watching next year.
These include both established figures who may be at a turning point or a critical phase in their lives and newcomers who seem destined to break away from the pack.
This will be a particularly important year for these 14:

1) Jeremy Jordan - This hugely talented, upcoming Broadway standout is a triple threat. He can sing, dance and act. And he's showing his worth on TV and in the movies as well. He's got what it takes to be a Very Big Star.

2) Nick Foles - Regardless of what happens during the rest of the year, this Eagles quarterback is a winner all the way. He's the sort of potential QB superstar that Philly fans have been dreaming about.

3) Chris Christie - After his sensational victory in November Christie is the one politico who's clearly captured the public's imagination from coast to coast. 2014 could be the year when he begins to make his moves toward the presidency.

4) Matt Dusk - This smooth, stylish singer of the great American songbook is already a popular crooner in Canada but in the new year he deserves America's undivided attention. He's got the goods.

5) Susana Martinez - The Governor of New Mexico is a rising GOP star and just the right person to lead the Grand Old Party into a new era of diversity and relevancy. Keep your eye on her!

6) Evan Feinberg - The young, savvy President of Generation Opportunity is on the cutting edge. He's leading the next generation of Americans away from blind allegiance to Obama and toward a new, informed sensible, no-nonsense political culture. 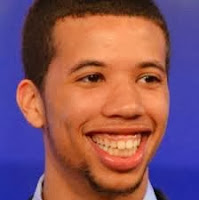 7) Jon Bernthal - One of the most exciting young actors on the scene today. Check him out in The Wolf of Wall Street and Grudge Match, both in theaters now. He's a winner!

8) Laura Osnes - Now starring in Rodgers and Hammerstein's Cinderalla on Broadway, this absolutely radiant actress and singer has proven her mettle in a variety of roles. She's already been nominated for a Tony Award and we're certain that this will be the first of many honors that will follow in coming years.

9) Hillary Clinton - Like it or not, Hillary Clinton must be watched -- if only to be ready for any scheme she might hatch. If she's gonna go for the Top Spot, 2014 will be the year when she will show her cards. Hold on tight, America. You may be in for a bumpy ride.

10) Coach Jay Wright and the Villanova Wildcats. Ranked in eighth place nationally, this is destined to be a big year for the Wildcats. Can they be Big East champs? Will the make the Final Four? Anything can happen. Stay tuned!

11) Megyn Kelly - She's already the single most exciting person in TV news. Megyn Kelly hit 2013 like a comet and the future looks nothing less than incandescent. She's smart, savvy, sexy and insightful. There is no limit to how far she can go.

12) Elizabeth Warren - This uber-liberal Massachusetts senator may be just the person to challenge Hillary Clinton within the Democrat Party. She's already collected a slew of admirers and is a darling of   self-proclaimed progressives.

13) Michael Carter-Williams - The most exciting thing to happen to the Philadelphia 76ers in a long, long time. This young hoops star is off to a great start and has proven to be a real asset to the team.

14) Pope Francis - The honeymoon has been great and the world is smitten with His Holiness. But in 2014, the real work begins and Pope Francis will have to tackle some big issues. Now we'll find out if he's really ready for his closeup.

And, just for good measure here's an added, bonus Person To Watch: Ronan Farrow - Who cares if he's Frank Sinatra's son or not? He's still Mia Farrow's son and an impressive talent in his own right as well as someone who seems thoughtful and engaged well beyond his years. With a new CNN show on the way and opportunities popping up everywhere, 2014 seems destined to be his year.