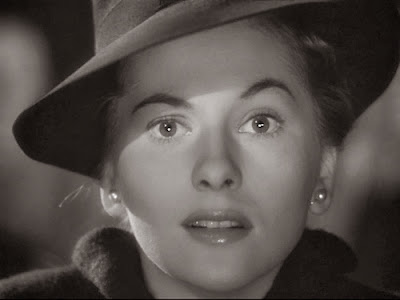 And she was famous not just for her beauty but also for her screen acting and her lifelong feud with her famous older sister, Olivia de Havilland.
Joan Fontaine is dead at age 96.
Her Oscar-winning performance as the threatened wife in “Suspicion,” opposite Cary Grant, was bestowed in 1941, the same year that de Havilland was nominated for “Hold Back the Dawn.”
Fontaine died Sunday of natural causes at her home in Carmel, said her assistant, Susan Pfeiffer.
In addition to winning an Academy Award as best actress for “Suspicion,” she was also nominated for  “The Constant Nymph.”
Olivia de Havilland (now 97) now survives her sister.