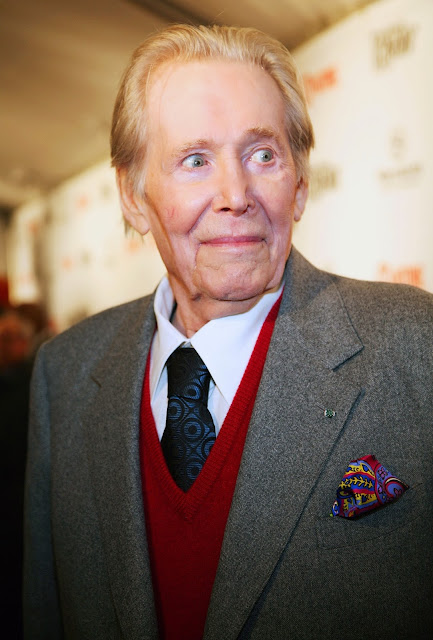 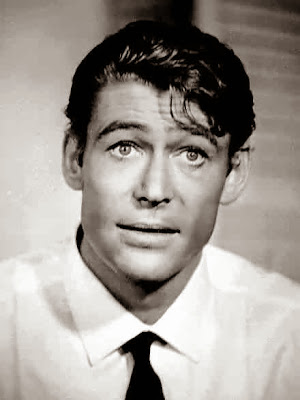 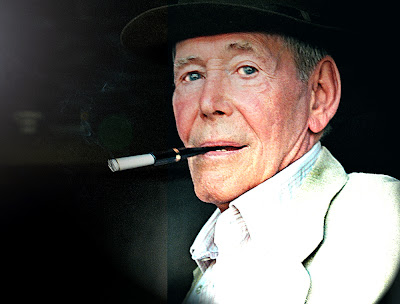 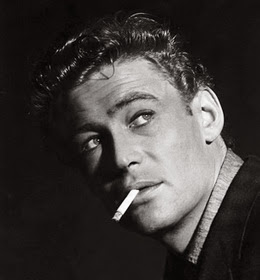 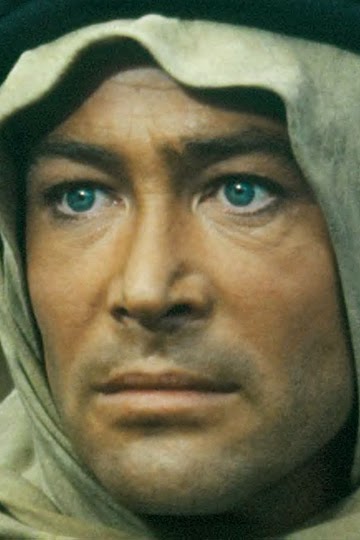 One of the greatest actors of all has passed on.
From 'Lawrence of Arabia' in 1972 to his most recent star turn in 'Katherine of Alexandria,' he always seemed to leap off the screen and into the audience's hearts and minds. His chiseled features, his piercing blue eyes, his distinctive voice, his intensity and his mastery of every type of role on stage and screen made Pater O'Toole an actor's actor -- in the line of succession of all the great Irish and English thespians who have enriched our lives. He was 81.

His daughter Kate O'Toole said: "His family are very appreciative and completely overwhelmed by the outpouring of real love and affection being expressed towards him, and to us, during this unhappy time. Thank you all, from the bottom of our hearts."

Peter Seamus O'Toole was born in 1932. Some sources give his birthplace as Connemara, County Galway, Ireland, and others as Leeds, in the West Riding of Yorkshire, England, where he grew up. O'Toole himself was not certain of his birthplace or date, noting in his autobiography that, while he accepted August 2nd as his birthdate, he had a birth certificate from each country, with the Irish one giving a June 1932 birthdate. He was the son of Constance Jane Eliot (née Ferguson), a Scottish nurse, and Patrick Joseph O'Toole, an Irish metal plater, football player, and racecourse bookmaker. When O'Toole was one year old, his family began a five-year tour of major racecourse towns in Northern England. He was brought up as a Catholic. O'Toole was evacuated from Leeds early in World War II and went to a Catholic school for seven or eight years, St Joseph's Secondary School, David Street, Holbeck, Leeds, where he was "implored" to become right-handed. “I used to be scared stiff of the nuns: their whole denial of womanhood – the black dresses and the shaving of the hair – was so horrible, so terrifying,” he later commented. “Of course, that's all been stopped. They're sipping gin and tonic in the Dublin pubs now, and a couple of them flashed their pretty ankles at me just the other day.”

Upon leaving school O'Toole obtained employment as a trainee journalist and photographer on the Yorkshire Evening Post, until he was called up for national service as a signaller in the Royal Navy. As reported in a radio interview in 2006 on NPR, he was asked by an officer whether he had something he had always wanted to do. His reply was that he had always wanted to try being either a poet or an actor. O'Toole attended the Royal Academy of Dramatic Art (RADA) from 1952 to 1954 on a scholarship after being rejected by the Abbey Theatre's drama school in Dublin by the director Ernest Blythe, because he couldn't speak Irish. At RADA, he was in the same class as Albert Finney, Alan Bates and Brian Bedford. O'Toole described this as "the most remarkable class the academy ever had, though we weren't reckoned for much at the time. We were all considered dotty."

O'Toole began working in the theatre, gaining recognition as a Shakespearean actor at the Bristol Old Vic and with the English Stage Company, before making his television debut in 1954. He first appeared on film in 1959 in a bit- part in The Day They Robbed the Bank of England. O'Toole's major break came when he was chosen to play T. E. Lawrence in David Lean's Lawrence of Arabia (1962), after Marlon Brando proved unavailable and Albert Finney turned down the role. His performance was ranked number one in Premiere magazine's list of the 100 Greatest Performances of All Time. The role introduced him to U.S. audiences and earned him the first of his eight nominations for the Academy Award for Best Actor.

O'Toole is one of a handful of actors to be Oscar-nominated for playing the same role in two different films; he played King Henry II in both 1964's Becket and 1968's The Lion in Winter. O'Toole played Hamlet under Laurence Olivier's direction in the premiere production of the Royal National Theatre in 1963. In 1965, he demonstrated his straight-man comedic abilities alongside legendary British comic-actor Peter Sellers in the Woody Allen scripted feature-comedy What's New Pussycat. He also appeared in Seán O'Casey's Juno and the Paycock at Gaiety Theatre, Dublin. O'Toole fulfilled a lifetime ambition when taking to the stage of the Irish capital's Abbey Theatre in 1970, to perform in Samuel Beckett's Waiting for Godot alongside Donal McCann. In 1980, he received wide critical acclaim for playing the director in the behind-the-scenes film The Stunt Man. He received good reviews as John Tanner in Man and Superman and Henry Higgins in Pygmalion, and won a Laurence Olivier Award for his performance in Jeffrey Bernard is Unwell (1989). O'Toole was nominated for another Oscar for 1982's My Favorite Year, a light romantic comedy about the behind-the-scenes at a 1950s TV variety-comedy show, much like Your Show of Shows, in which O'Toole plays an ageing swashbuckling film star strongly reminiscent (intentionally) of Errol Flynn.

In 1972, he played both Miguel de Cervantes and his fictional creation Don Quixote in Man of La Mancha, the motion picture adaptation of the 1965 smash-hit Broadway musical, opposite Sophia Loren. Widely criticised for using mostly non-singing actors and shunned by the public at the time, the film has gone on to become more of a success on videocassette and DVD, though there are those who still find fault with it. O'Toole's singing was dubbed by tenor Simon Gilbert, but the other actors sang their own parts. O'Toole and co-star James Coco, who played both Cervantes's manservant and Sancho Panza, both received Golden Globe nominations for their performances. In 1980, O'Toole starred as Tiberius in the Penthouse-funded biographical film Caligula.

O'Toole won an Emmy Award for his role in the 1999 mini-series Joan of Arc. In 2004, he played King Priam in the summer blockbuster Troy. In 2005, he appeared on television as the older version of legendary 18th century Italian adventurer Giacomo Casanova in the BBC drama serial Casanova. O'Toole's role was mainly to frame the drama, telling the story of his life to serving-maid Edith (Rose Byrne). The younger Casanova, seen for most of the action, was played by David Tennant, who had to wear contact lenses to match his brown eyes to O'Toole's blue.

He was once again nominated for the Best Actor Academy Award for his portrayal of Maurice in the 2006 film Venus, directed by Roger Michell, his eighth such nomination. Most recently, O'Toole co-starred in the Pixar animated film Ratatouille, an animated film about a rat with dreams of becoming the greatest chef in Paris, as Anton Ego, a food critic. O'Toole appeared in the second season of Showtime's hit drama series The Tudors, portraying Pope Paul III, who excommunicates King Henry VIII from the church; an act which leads to a showdown between the two men in seven of the ten episodes.

In July 2012, O'Toole released a statement that he was retiring from acting/
Posted by Dan Cirucci at 2:33 PM