Yes, The Upper East Side Is Alive And, Well……. 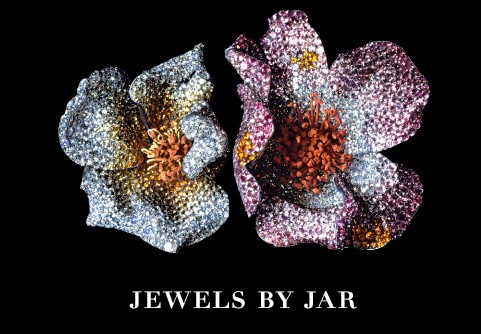 Mayor DiBlasio's apparent disdain for Manhattan's upper east side notwithstanding, we were able to venture into New York over the weekend and visit the Metropolitan Museum of Art right smack in the middle of the city's vaulted silk stocking district.
And yes, things were functioning as well as they could, considering the inane move by the mayor and his cohorts to "punish" an area that represents an important economic asset for the whole town and, indeed the whole nation. Much as some may not like it, so long as we still maintain some semblance of a free enterprise system there are always gonna be people who are more well off than others. And as Mae West once said: "Honey, I've been rich and I've been poor and believe me, rich is better."
Anyway, what brought us to the Met Museum was a dazzling exhibition of jewels. Yes, jewels as in diamonds, rubies, sapphires, emeralds and the like -- spectacular jewels that adorn the rich and famous.
These are Jewels by JAR - Joseph A. Rosenthal. This man became one of the most acclaimed jewelry designers of the 20th century.
These incredible pieces (bracelets, earrings, cuffs, brooches, neckpieces and many more) will be on display though March 9. You will be amazed at both the creativity and the workmanship of more than 300 incredible pieces beautifully displayed.
Born in New York and educated at Harvard, Rosenthal moved to Paris soon after his graduation in 1966 and began to experiment with jewelry making. JAR opened in 1978 on the Place Vendôme—the same space he occupies today. Very early in his career, Rosenthal revealed his superb sense of color, whether in the hue of an exotic violet sapphire, the shimmer of topaz and ruby, or the simple clarity of a perfect diamond. His works quickly became known for their unique design, the quality of their stones, and their remarkable craftsmanship, but above all for their fearless beauty. He is known for his pavé technique—the setting of small stones so close together that they appear as a continuous surface of jewels—and uses subtle gradations of color to create a painterly effect.
The exhibition is the first devoted to a contemporary artist of gems at the Metropolitan Museum and features a selection of JAR's finest pieces—from jewels in classical flower forms and organic shapes to witty objets d'art—all executed with the most exquisite gem stones including diamonds, sapphires, garnets, topazes, tourmalines, and citrines in an original combination of colors. Rosenthal's one-of-a-kind creations place him among the ranks of history's greatest jewelers.
The exhibition is the first retrospective of his work in America; the only other major exhibition of Rosenthal's work was held in 2002 at Somerset House in London.