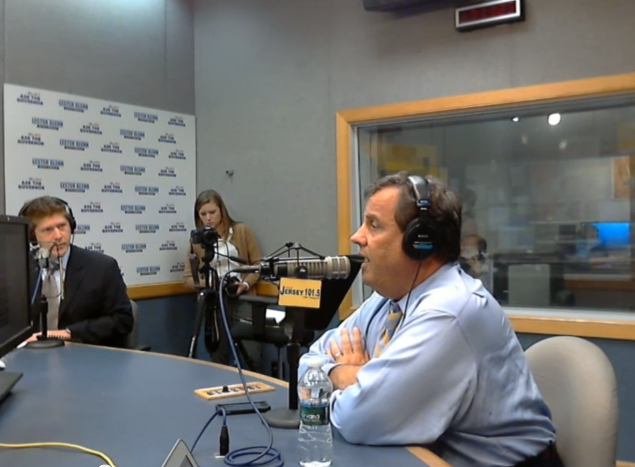 Here’s the full transcript of the Governor’s comments:


Eric Scott: Just before we came on the air there was a report that surfaced from NBC saying federal investigators have uncovered no information directly linking you to the lane closures in Fort Lee that erupted into Bridgegate. You talked about that or at least the legislative investigation a little bit at a press conference this afternoon. I'm guessing this comes as no surprise to you.

Governor Christie: No. Listen, I mean, obviously we'll wait to hear whatever the authorities have to say, but certainly this is a report that comes as no shock to me because as you know, Eric, the day after these events were uncovered, I came out and told people that I had no knowledge of this going on and no involvement or any role in its planning.

I told everyone that and when I stood for an hour and fifty minutes and took questions at a press conference. I came on “Ask The Governor” the next week and we spent a good amount of the time that night talking about the same thing. And so no, I'm not surprised but, you know, you're always grateful to hear that, you know, the things that I said appear like they're going to be confirmed if these reports are accurate and the things that were said in the Mastro report, which was quite excoriated in certain corners, now appear to be being supported if these reports are true.
So, you know, I don't want to overreact to it because I'm not surprised by it, but, and I'm hoping that, you know, we can start to focus on things that are important to all the people in the state of New Jersey.

Eric Scott: Well, it is important to note that the U.S. Attorney is not commenting officially, the NBC story is attributed to unnamed sources. As a former U.S. Attorney you know no investigation is over until it's over and while the sources have indicated there was at least to this point no culpability on your part, that does not necessarily clear those individuals that were with your administration at the time, many of whom believe orchestrated this.

Governor Christie: Listen, as I said all along, you know, I took action very swiftly and directly and now we'll let the, you know, chips fall where they may in terms of those facts but, you know, all I can speak to, Eric, is myself. And as to myself, I told the people of New Jersey directly and honestly on January 9th that I had no knowledge of this and no role of any kind in the planning or execution of it and if this report is true, then I'm glad that there will be another source in addition to the Mastro report and the legislative hearings which have shown nothing different either, that vindicates what I said to them.
Because what matters most to me is that the people of New Jersey know that I tell them the truth. They don't always have to agree with me and they don't always agree with me. And it doesn't mean that we'll never make a mistake because obviously that's not true either, but I’ve told them the truth.

Eric Scott: John Wisniewski who is the chairman of the legislative committee that has been looking into this whole thing claims there are documents your office hasn’t turned over. He’s given no indication that he's going to give up the legislative investigation. Hasn't commented directly on this source out of the U.S. Attorney's office. You had some pretty strong statements today.

Governor Christie: Well I just think it's -- listen, I don't want to repeat myself from what I said this afternoon except to say I think it's unseemly the leaking that's been going on.

Eric Scott: From the committee.

Governor Christie: From the legislative committee. Yeah, it's unseemly. He's in charge. So I hope he takes responsibility, too..
Posted by Dan Cirucci at 10:04 PM