Below find the complete text of a worshipful letter that Hillary Clinton wrote in 1971 to left-wing radical Saul Alinsky.
Through their correspondence, Hillary had already come to be on a first name basis with one of the most notorious leftists in America.
This previously unpublished correspondence between Clinton and Alinsky reveals new details about the relationship between the two and sheds light on her early ideological development.
In fact, Clinton met with Alinsky several times in 1968.
Clinton’s relationship with Alinsky, and her support for his philosophy, continued for several years after she entered Yale law school in 1969, two letters obtained by the Washington Free Beacon show.
The newly-released letters also suggest that Alinsky, who died in 1972, had a deeper influence on Clinton’s political views than previously known.
Hillary Clinton was living in Berkeley, California, in the summer of 1971 and was interning at the left-wing law firm Treuhaft, Walker and Burnstein, known for its radical politics and a client roster that included Black Panthers and other militants. 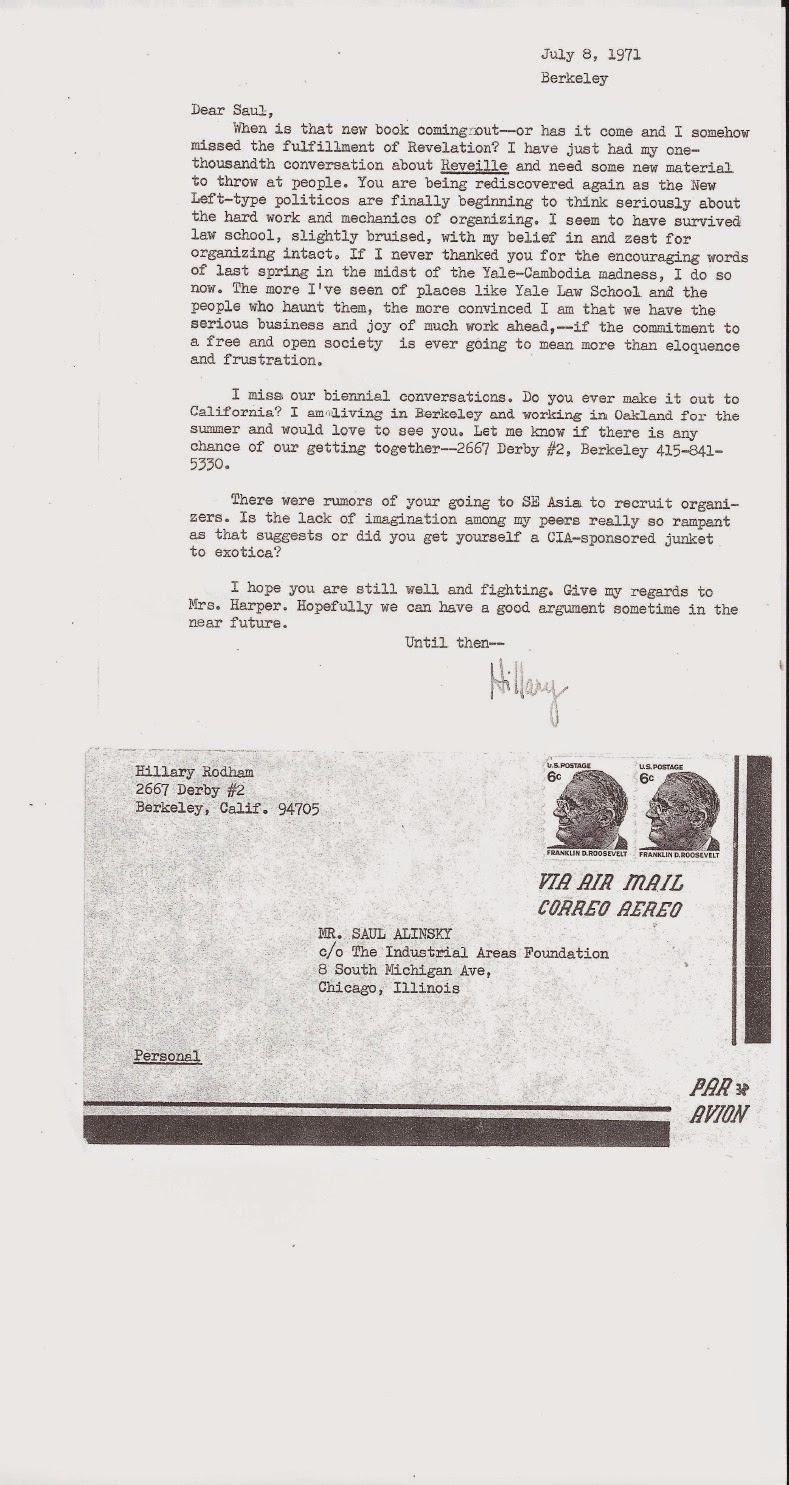