Is This A Setup For An NJ Gas Tax Hike?

From our wonderful friends at Save Jersey:

By Matt Rooney | The Save Jersey Blog 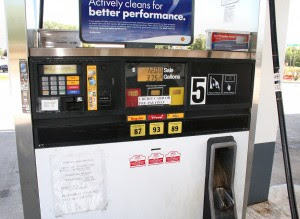 As recently as March, Save Jerseyans, Governor Chris Christie said gas tax hikes were off the table.

He strongly opposed a proposal from Sen. Ray Lesniak (D-20, Union) earlier in the year which would’ve raised the gas tax by 15 cents over 3 years.

But I warned you earlier this week how the pending confirmation of Jersey Department of Transportation Commissioner-designate Jamie Fox could signal a change in thinking, or at least tactics.

I take no pleasure in being right. Trust me. I’ll be paying right along side you at the next pump. So enjoy our run of cheap gas (which is attracting drivers to NJ… when does that every happen?) while it lasts…

According to multiple reports, a bipartisan agreement to raise the gas tax between 15 cents and 20 cents or, alternatively, hike the petroleum products gross receipts tax (paid by refineries and distributors) is moving forward behind closed doors. Or some combination of the two. Whatever. Fox, who presumably discussed these issues with Gov. Christie’s team at length, is echoing his support of a gas tax back during the McGreevey Administration by declaring “[n]othing is off the table.”

It damn well should be!

Believe it or not, New Jerseyans enjoy the third lowest gas tax in the United States. A 15 cent tax would’ve added, on average, $230 to the cost of driving every New Jersey car each year. This is on top of Parkway and Turnpike tolls doubling since 2008. At what point does flying or driving (or swimming) around New Jersey make more sense than paying out the rear end to drive through it?

There are other options. This “raises taxes or bust” ridiculousness is calculated but it isn’t logical.

Again, as we’ve discussed before at great length, fixing the Transportation Fund is a matter of reassessing priorities, Save Jerseyans, not raising the ONLY New Jersey tax that’s actually not miserably high and, in so doing, driving more individual taxpayers and taxpaying businesses out of New Jersey. That strategy serves only to exacerbate the problem that a gas tax hike endeavors to address, and when the time came to reassess priorities (like the role of PLA’s and the prevailing wage in driving highest-in-the-nation road construction and maintenance costs), the geniuses in Trenton punted… by borrowing. A practice which continues today.

It’s the reason why we’re in this mess. What mess? We’re on of the nation’s wealthiest per capita states, at least on paper, yet we somehow have no ability to pay for our bustling highways and byways without more taxing and borrowing. Or so we’re told.

Don’t buy it for a moment. New Jersey motorists need to raise our voices against any increases NOW, not when the deal is already struck, if it is, and we learn it’s readied for quick passage. Speak up. Loudly.
Posted by Dan Cirucci at 4:04 PM