Officially it's called the Basilica and Expiatory Church of the Holy Family.
In Spanish it's known as Sagrada Familia.
But most people simply know it as Gaudi's Cathedral and they know that it remains unfinished - a church that they've been building here in Barcelona since 1882. In case you're counting, that's 133 years.
Antonio Gaudi has long since died but his plans for the cathedral continue to be the guiding light for present-day architects, engineers, artists, designers and builders. And, slowly but surely, they're making progress. The latest projected completion date is 2026.
We visited the cathedral today (the inside is largely completed) and are happy to bring you these photos of one of the world's most taked-about and visited edifices.
Of course, they in no way do justice to the size, breadth and majesty of the building which encompasses a full city block, but they will give you some idea. 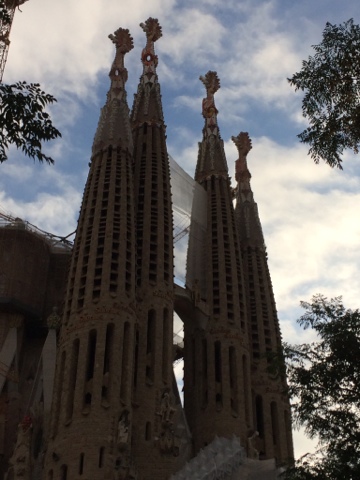 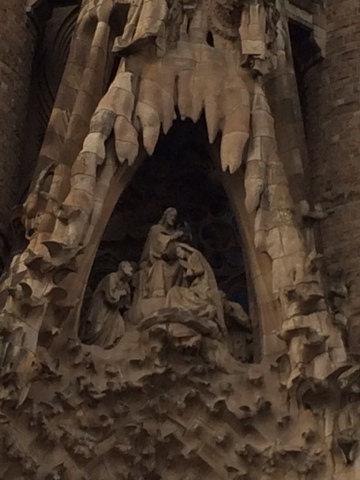 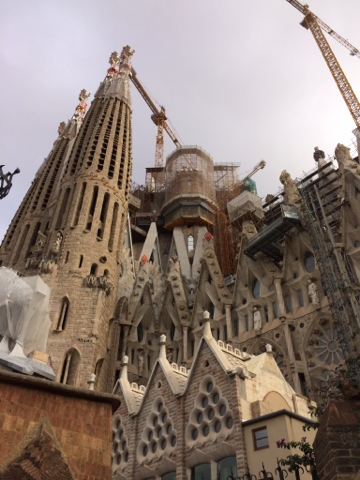 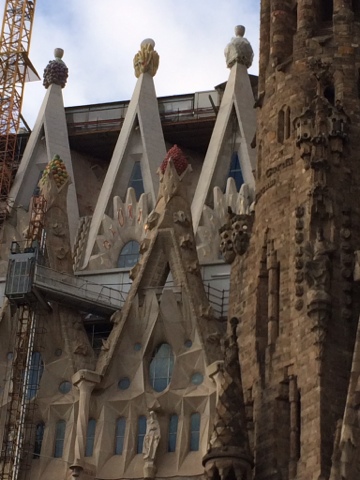 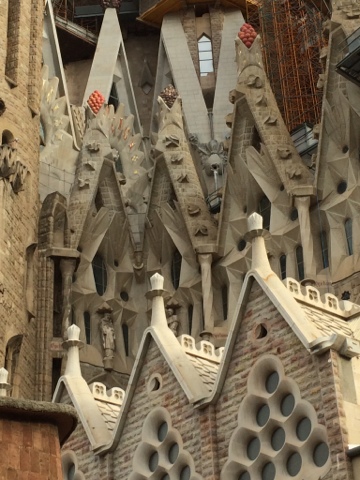 We'll follow up with more photos from inside the basilica just as soon as we can.
Posted by Dan Cirucci at 11:05 AM