Moorish Or Spanish? The Alhambra Palace

Our Iberian adventure keeps us in Spain and brings us today to the Alhambra Palace in Granada.
Alhambra denotes the color that prevails throughout the palace, a sort of ruddy clay color.
The palace appears to be mostly Islamic in its style (aka Moorish) but Spaniards will tell you that it is really Spanish as Spain has encompassed Christian, Islamic and Jewish influences at one time or another and all three religious communities have been part of Spain and/or driven out of Spain during different periods.
The Alhambra has served as a fortress, palace and even its own city over centuries.
It sits high atop Granada and while here we've had the good fortune to stay at the legendary Alhambra Palace Hotel (best view, ever) which is about as close to the palace as you can get.
We simply took a short walk up the hill from our hotel and we were at the Alhambra. The tour of the palace and grounds is extensive and takes about two-and-a-half hours but this is the way you have to do it if you really want to appreciate the history, architecture, significance and sheer beauty of the place.
The photos below will tell you far more than we ever could. 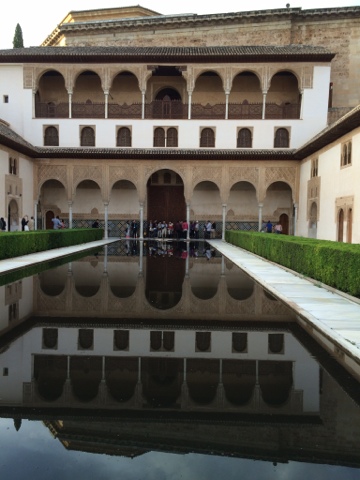 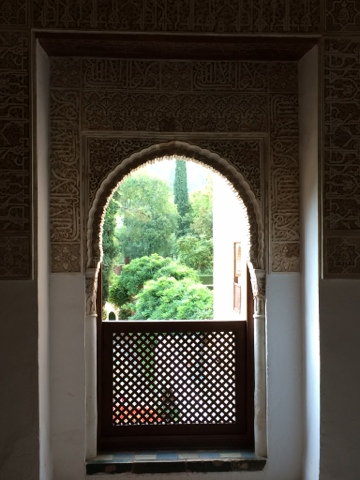 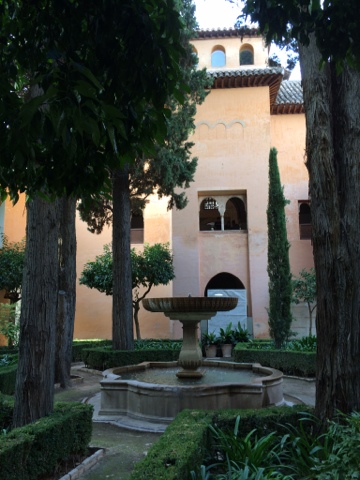 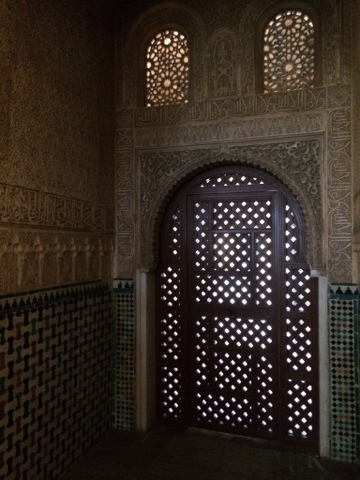 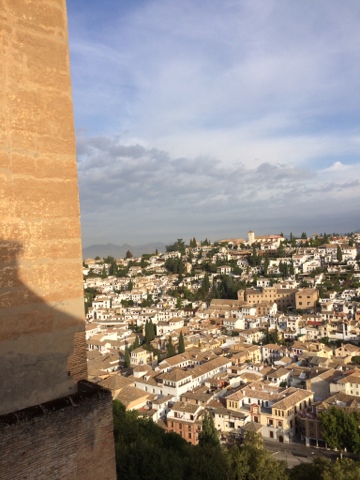 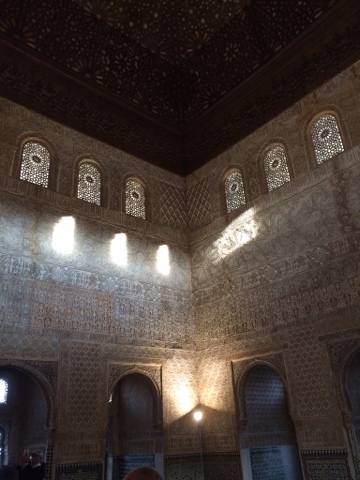