Why Turkeys Gobble: You Won't Believe it! 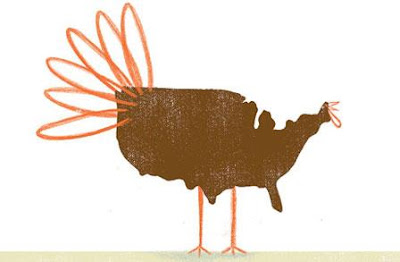 Gobble, gobble!
Happy Thanksgiving!
Of course, we humans associate gobbling with eating -- as in gobbling up turkey, stuffing, sweet potatoes, corn, green beans, mashed potatoes, cranberry sauce and lots of wondrous desserts.
But it's the turkeys who really gobble.
Why do they gobble?
Well, to begin with not all turkeys gobble. Only the male turkeys make the distinctive gobbling sound. Female turkeys don't gobble. They make a sound that's more like a chirp.
But the guys just gotta gobble. And the real men gobble loudly and proudly.
Why?
It's too attract the female, silly! It's a sexual thing -- sorta like the call of the wild or a boast.
And when the guys are ready and on the prowl, they make it known. This "lion's roar" by the male turkey not only announces his presence to females but it also warns his rivals to stay away. Also, to maximize the range of their calls, male turkeys often gobble from the treetops.
Now you know.