Can YOU Face These New Realities? Can You?

From our friends at Save Jersey:
Posted by Alyssa Lafage
*Warning* This is NOT a safe space. What you are about to read is blunt, candid analysis that may trigger you. By continuing to read this post you agree that the author and/or Save Jersey staff shall not be held liable for any emotional or mental breakdown caused as a result of reading the text on this page. Continue reading at your own risk.

Ladies, Gentlemen, loyal Save Jerseyans, gender fluid individuals, gender confused and those self-identifying as a Kumquat, please brace yourselves for a truth bomb: Donald Trump is going to be the President of the United States. 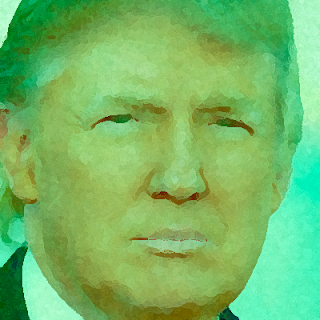 Stop reading now if you must and take a deep breath; however, the reality of what you just read will not change regardless of what you decide to do.
He wasn’t my first choice. He wasn’t my second, third, or fifteenth choice. But I’ll say it again – – Donald Trump is going to be President of the United States. It is time for everyone to come to terms with this. It is past time for the meltdowns to subside. It is past time for the dramatic media permeated freak outs about Trump’s supposed homophobia and Islamophobia and racism and sexism and whatever else-isms/phobia to stop.

Since Donald Trump became president-elect, protests have continued to take place throughout the country with the popular hashtag #NotMyPresident as a rallying call.

Groups like MoveOn.org and Black Lives Matter (who receive funding from the liberty loving chaos agitator himself, George Soros) are driving the anti-Trump protests.

One group called, #NotMyPresident NYC , is not just organizing protests but also actively attempting to pressure Electoral College members to vote against Donald Trump. They are actively publicizing elector’s names and contact information, and instructing their followers to “flood their emails and phone lines — force them into the international spotlight to hold them accountable!”

The weirdness isn’t only for adult hippies. This past Wednesday, Montclair State University students held a protest on campus, calling it the #NotMyPresident March and Rally Against Trump while over at Rutgers, students and staff participated in an anti-Trump march called “Sanctuary Campus.” Rutgers is even offering counseling for Trump-traumatized students.

New Jersey might have to craft it’s own version of the Suck it up, Buttercup bill.
Unfortunately for the buttercup brigade, as determined as the social justice warriors (paid, and unpaid) may be, they are laboring in vein.

If these people understood the reasons for the nuances of our system of government which the Founders so brilliantly created, they would not be in the streets right now or harassing Electoral College voters. Instead, they would be focused on winning back seats in the House and trying to make gains in the gubernatorial and state house races in 2018. Cheerfully? That might be a stretch. But they wouldn’t be crying like babies liberated of their candy.

It’s okay to be a little selfish. For the sake of keeping a Republican majority in the House and growing the number of Republican-controlled state houses and governorships, I hope the SJWs continue to waste their time in the streets instead of engaging people on the battlefield of ideas.

Bipartisan advice aside, let’s lay out a few facts:
Still unmoved?
Allow me to quote outgoing President Obama: Deal with it.
Ok, so that’s a paraphrase.
What he actually said was this (emphasis added):

You don’t like a particular policy or a particular president? Then argue for your position. Go out there and win an election. Push to change it. But don’t break it. Don’t break what our predecessors spent over two centuries building. That’s not being faithful to what this country’s about.”