Is THE MOMENT At Hand For Christie? Yes?

New Jersey Governor Chris Christie has scheduled an announcement for 11:30 today (Tuesday) morning in the Statehouse rotunda in Trenton. 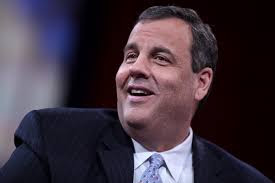 The event, originally scheduled as a press conference has been changed to an announcement with no availability for questions from the media.
Hmmm . . .

We hear that the announcement will be significant and there is even some speculation that Christie will be leaving his post as Governor.
Some say Christie is not necessarily set for a major cabinet post in the Trump administration but he may be in line for some other type of assignment, perhaps at a lower level.
And/OR Christie could simply announce his resignation now with a further announcement later (possibly from Trump & Co.) about where he's going or what he'll be doing.
It's possible that may be what's happening.
That would allow Christie to get back in the news, appear to be in control of his own destiny, remove himself as a lightening rod in New Jersey and open the door for Lt. Governor Kim Guadagno to act freely and build her own persona and following as she prepares to run for Governor next year.
Could it be?
Or is it something else?
The Governor loves to surprise and he loves to seize the spotlight. He's also an incredible survivor who has a knack for bouncing back from adversity.
With Christie, anything can happen.
Stay tuned . . . .
Posted by Dan Cirucci at 10:11 AM