Sometimes History Is Just This Clear, Ya Know? 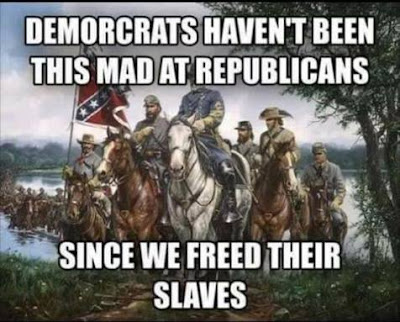 Know your history, America.
It was the Democrat Party that aided, abetted and consistently supported slavery and, later, segregation, bias and discrimination. When African-Americans cried out for freedom, The Democrat Party mostly looked the other way.
Don't be fooled!
Slaves would never have been freed and civil rights laws would never have been enacted without the Republican Party.
It's a simple historical fact.
Posted by Dan Cirucci at 11:00 AM